Tottenham call off talks with Antonio Conte for manager role 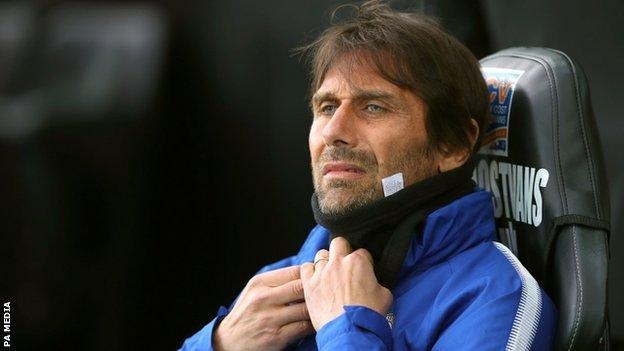 Tottenham have called off talks with Antonio Conte about becoming their next manager.

The former Chelsea boss, 51, looked set to replace Jose Mourinho after Spurs' hopes of luring Mauricio Pochettino back from Paris St-Germain were dashed.

However, negotiations have ground to a halt and BBC Sport understands there is no likelihood of them resuming.

Suggestions from Italy are that Conte was starting to have doubts due to the transfer budget he was set to be given.

The Italian manager has a reputation for buying ready-made stars whereas, under chairman Daniel Levy, Tottenham's reputation has come through development and building teams, as they did under Pochettino.

Julian Nagelsmann and Brendan Rodgers have also been linked with the role. Nagelsmann subsequently joined Bayern Munich, while Rodgers has stated his commitment to Leicester City.