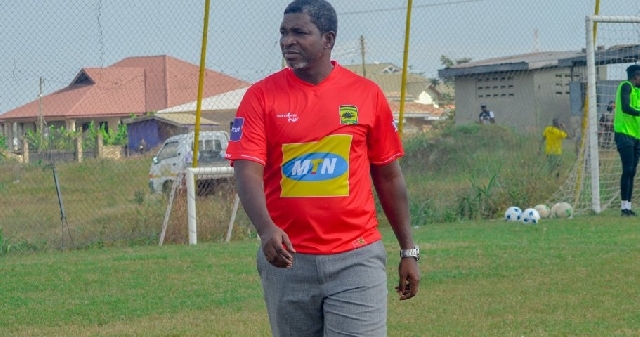 Asante Kotoko coach Maxwell Konadu has revealed that his team is going all out for victory in Mauritania against FC Nouadhibou in the first leg of their CAF Champions League game.

The Porcupine Warriors begin this season's campaign at the preliminary stage against the Mauritanian champions.

Ahead of the game on Sunday, coach Maxwell Konadu has revealed that they aren't in Nouakchott to defend, but to win the game.

“Technically we say the best way to attack is to possess. We won’t play a defensive game, but if the score-line goes in our favor in the early exchanges, that will also tell you how to operate,” Konadu said in an interview at the team’s hotel.

“Usually, I want to play a game that I won’t concede. But most of the time, you can defend well throughout and concede a last-minute goal.

“I love playing attacking football, whether I am home or away. But if you visit an opponent’s home grounds, you need to be tactful about the way you attack.

“I am not here to play a defensive game. Mark my words. We didn’t come here to defend. We will play and play and play until we get what we want out of this match,” he concluded.