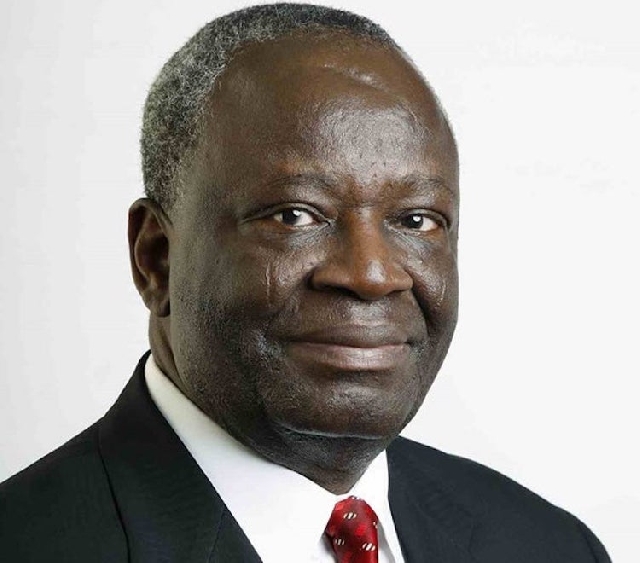 The president's chief of staff, Prof Ibrahim Gambari, lives next to the presidential residence

The Nigerian presidency has confirmed an attempted break-in by burglars into the official residence of the president’s chief of staff, Prof Ibrahim Gambari.

President Muhammadu Buhari's chief of staff’s residence is located next to the heavily fortified presidential villa in the capital Abuja.

The presidency’s spokesman, Garba Shehu, said Prof Gambari had confirmed the “‘foolish attempt’ to burgle his residence at 3:00am this [Monday] morning but it turned out to be unsuccessful”.

“Professor Gambari, whose house is on a street next to the Villa has assured that there is nothing to worry about from the incident,” Mr Shehu said in a tweet.

The presidential spokesman also confirmed another attempted burglary into the residence of a second official in the presidency.

He said police were searching for the suspected burglar who attempted to break into Maikano Adbullahi’s residence – also close to the presidential villa - last Thursday.

Some local media reported that the attempted burglaries indicated the levels of the insecurity in the country.

The People’s Gazette, which first reported the incident, said rising insecurity in the country was drawing closer to the elite than previously estimated.

An opinion piece by an editor at Pulse Nigeria said the crime validated the view that Nigeria “has become one huge crime scene”.

“If thieves can attempt to break into the most fortified space in our nation, what hope is there for the rest of us?”