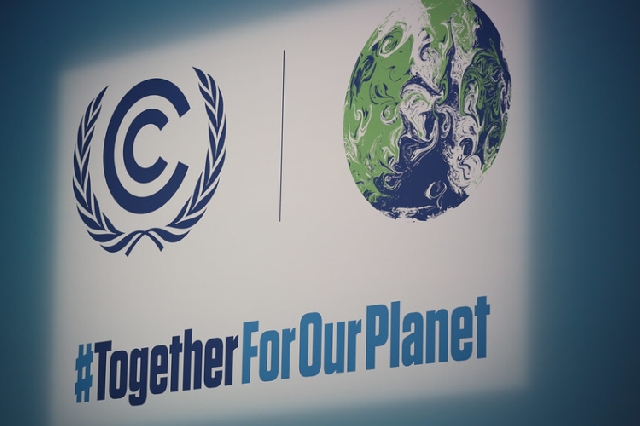 A new draft agreement at the COP26 climate summit in Glasgow has stepped up calls on governments to urgently tackle climate change.

It asks countries to reveal their plans to massively reduce greenhouse gas emissions at a much faster speed than previously.

But it softens commitments to reduce use of coal and other fossil fuels.

The deal must be agreed by all countries at the meeting.

Negotiations could go late into Friday or longer. The UN meeting is seen as crucial to limiting the worst effects of global warming.

On Friday the UN chief Antonio Guterres said COP26 would probably not achieve its aims and the goal of limiting global warming to 1.5C is on "life support".

Scientists say that limiting warming to 1.5C compared to pre-industrial levels will protect us from the most dangerous impacts of climate change - it is a key part of the Paris agreement that most countries signed up to.

One example of the impact of global temperature rise above 2C is the death of virtually all coral reefs, scientists say.

The draft agreement - also called a "cover decision" - is the second version released this week. Governments and representatives have been negotiating details of the first draft published on Wednesday.

Despite the promises made at COP26 so far, the planet is still heading for 2.4C of warming above pre-industrial levels, according to a report by Climate Action Tracker.

What has been agreed at COP26?

A series of agreements between groups of countries have been announced so far:

In a surprise announcement, the US and China agreed to work together this decade to limit global temperature rise to 1.5C More than 100 world leaders promised to end and reverse deforestation by 2030, including Brazil, home to the Amazon rainforest The US and the EU announced a global partnership to cut emissions of the greenhouse gas methane by 2030 - reducing methane in the atmosphere seen as one of the best ways to quickly reduce global warming More than 40 countries committed to move away from coal - but the world's biggest users like China and the US did not sign up Some new pots of money were announced to help developing countries adapt to climate change and deal with the damage and loss it brings - but many say it's not enough A new alliance that commits countries to setting a date to ending oil and gas use - and halting granting new licences for exploration - was launched