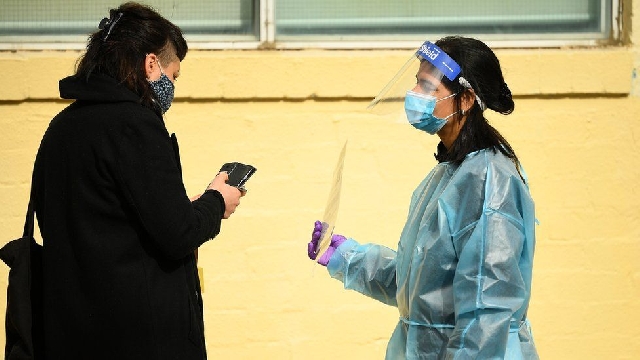 Australia's second-most populous state Victoria will enter a seven-day lockdown to counter a fast-spreading outbreak in its capital, Melbourne.

The lockdown will begin at midnight on Thursday (14:00 GMT).

Authorities have so far found 26 cases, and identified 150 sites where people may have been exposed to the virus.

There is growing anxiety over the outbreak which reminds many locals of a devastating second wave that swept the state last year.

Victoria's acting Premier James Merlino said the outbreak involved a highly contagious strain of the virus, the B.1.617 variant. A returned traveller was infected with the strain, which Mr Merlino said was spreading "faster than we have ever recorded".

Cases have been found across the state with links to a large number of venues, including packed football games at stadiums in Melbourne.

"With 10,000 primary and secondary contacts of cases, with more than 150 exposure sites right around the state of Victoria, we need to act now," Mr Merlino said.

"If we wait too long, this thing will get away from us."