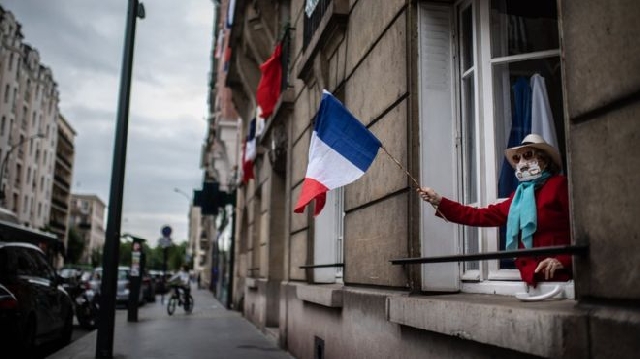 A patient diagnosed with pneumonia near Paris on 27 December actually had the coronavirus, his doctor has said.

This means the virus may have arrived in Europe almost a month earlier than previously thought.

Dr Yves Cohen told French media a swab taken at the time was recently tested, and came back positive for Covid-19.

The patient, who has since fully recovered, said he had no idea where he caught the virus as he had not been to any infected areas.

Knowing who was the first case is key to understanding how the virus spread.

What do we know about the new case?

Dr Cohen, head of emergency medicine at Avicenne and Jean-Verdier hospitals near Paris, said the patient was a 43-year-old man from Bobigny, north-east of Paris.

He was exhibiting what later became to be known as the main symptoms of coronavirus, including a dry cough, a fever and trouble breathing.

He was admitted to hospital on 27 December, four days before the World Health Organization's China country office was informed of cases of pneumonia of unknown cause being detected in the Chinese city of Wuhan.

The French patient told French broadcaster BFMTV that he had not travelled before falling sick.

Dr Cohen said two of the patient's children had fallen ill but that the wife had not shown any symptoms. But Dr Cohen pointed out that the patient's wife worked at a supermarket near Charles de Gaulle airport and could have come into contact with people who had recently arrived from China.

The patient's wife said that "often customers would come directly from the airport, still carrying their suitcases".

"We're wondering whether she was asymptomatic," Dr Cohen said. He called for the potential link to be investigated further.

Why does it matter?

Until now, the country's first three cases of coronavirus were confirmed on 24 January.

Of those, two had been to Wuhan - where the outbreak was first detected - and the third was a close family member.

This positive test result suggests the virus was present in France much earlier and will change the understanding of how it spread.

The first human-to-human transmission within Europe had until now thought to have been a German man who was infected by a Chinese colleague who visited Germany between 19 and 22 January.

The United States also recently had to revise its coronavirus timeline. A post-mortem examination carried out in California revealed that the first coronavirus-related death in the US was almost a month earlier than previously thought.

How was the new case found?

Dr Cohen told BFMTV that he recently went over the files of patients admitted with flu-like symptoms in December and January.

In total he tested the swabs of 14 patients, he said.

"We re-tested the nasal swabs which were conducted at the time in relation to another diagnosis, to try and find traces of coronavirus," he said.

"Out of 14 patients, one tested positive. We tested it two more times to make sure there was no mistake. And twice, it came back positive."

Dr Cohen said he had alerted the National Health Agency (ARS), and was urging other virologists to re-test swabs in their hospitals for Covid-19.

A full report is due later this week, and will be published by the International Journal of Antimicrobial Agents, he added.