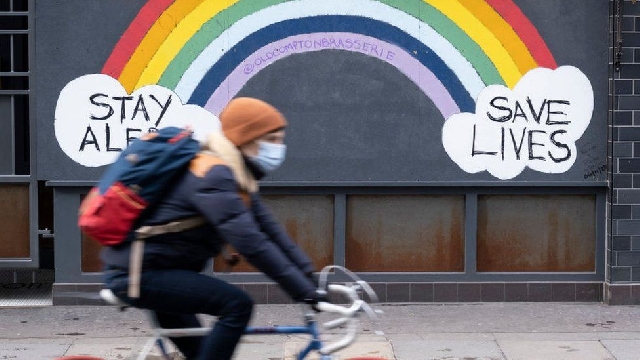 The UK's failure to do more to stop Covid spreading early in the pandemic was one of the worst ever public health failures, a report by MPs says.

The government approach - backed by its scientists - was to try to manage the situation and in effect achieve herd immunity by infection, it said.

This led to a delay in introducing the first lockdown, costing lives.

But the report by the cross-party group said there had been successes too - in particular the vaccination programme.

It described the whole approach - from the research and development through to the rollout of the jabs - as "one of the most effective initiatives in UK history".

The report predominantly focuses on the response to the pandemic in England. The committee did not look at steps taken individually by Wales, Northern Ireland and Scotland.

The findings are detailed in the report - Coronavirus: Lessons learned to date - from the Health and Social Care Committee and the Science and Technology Committee, which contain MPs from all parties.

Across 150 pages, the report covers a variety of successes and failings.

MPs call the pandemic, which has claimed more than 150,000 lives in the UK and nearly five million worldwide so far, the "biggest peacetime challenge" for a century.

Tory MPs Jeremy Hunt and Greg Clark, who chair the committees, said the nature of the pandemic meant it was "impossible to get everything right".

"The UK has combined some big achievements with some big mistakes. It is vital to learn from both," they added in a statement to accompany the report.

Cabinet Office minister Stephen Barclay said scientific advice had been followed and the government had made "difficult judgments" to protect the NHS.

He said the government took responsibility for everything that had happened and repeated the apology made by the prime minister in May for the country's suffering.

Mr Barclay told the BBC the government would not shy away from any lessons to be learned at the full public inquiry, expected next year.

But Labour's shadow health secretary Jonathan Ashworth said the findings were "damning" and showed what "monumental errors" had been made.

And the group representing families who have lost loved-ones during the pandemic - Covid-19 Bereaved Families for Justice - criticised the committees for not speaking to any relatives of people who died.

Lockdown delay mistake - but scientists to blame too

When Covid hit, the government's approach was to manage its spread through the population rather than try to stop it - or herd immunity by infection as the report called it.

The report said this was based on dealing with a flu pandemic, and was done on the advice of its scientific advisers on the Scientific Advisory Group for Emergencies (Sage).

But the idea was not challenged enough by ministers in any part of the UK, indicating a "degree of group-think".

Although to some degree other parts of Europe were guilty of this too, the MPs said.

It meant the country was not as open to approaches being taken elsewhere, such as Asia where countries imposed tight border controls as soon as Covid started circulating.