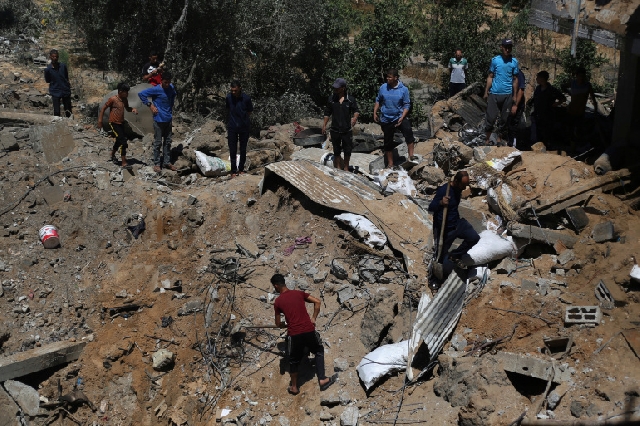 Israeli fighter jets continued to pound the Gaza Strip on Thursday, killing at least one Palestinian and wounding several more as Prime Minister Benjamin Netanyahu defied calls for a de-escalation.

At least 230 Palestinians, including 65 children have been killed in 11 days of violence.

n the Israeli side, 12 people have been killed.

Joe Biden, the president of the United States, on Wednesday, discussed the events in Gaza with Netanyahu, telling the caretaker leader that he expected “a significant de-escalation today on the path to a ceasefire”.

But shortly after Biden’s phone call, Netanyahu said he was “determined” to continue bombarding Gaza until Israel’s “aim is met”.

The UN Security Council’s efforts for a truce between Israel and Gaza’s Hamas rulers remain stalled, meanwhile, with the US continuing to veto action on the issue.