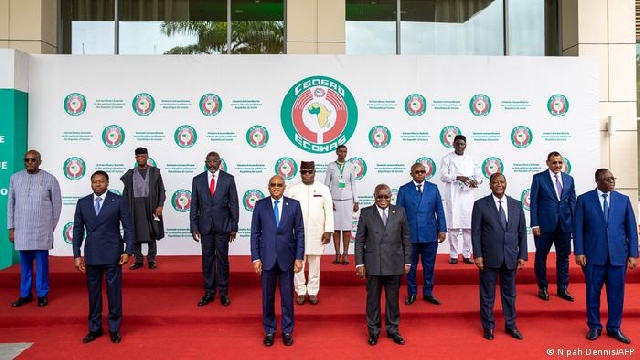 The ECOWAS Heads of State rejected the plan at the end of an extraordinary session of held in Accra on Sunday, 9 January 2022

The Mali transition authority’s 4-year transition plan has been rejected by Heads of State of the Economic Community of West African States (ECOWAS).

The ECOWAS Heads of State rejected the plan at the end of an extraordinary session held in Accra on Sunday, 9 January 2022.

Originally a 5-year transition plan, it was reviewed on Friday, 7 January 2022 to a 4-year period.

According to the President of the ECOWAS Commission, Jean Claude Kassi Brou, the Community objects to the proposed chronogram of the Malian transition team.

The Community, therefore, wants the Malian authority to either stick to the September 2020 agreed plan as it finds the proposed one unacceptable.

In a statement by ECOWAS, the leaders noted: “The Authority finds the proposed chronogram for a transition totally unacceptable”.

“This chronogram simply means that an illegitimate military transition Government will take the Malian people hostage during the next five years.”

It reiterated “its call for the transition authorities to focus on activities geared towards an expeditious return to constitutional order and to defer key reforms to legitimate elected institutions to be established after the elections.”

The Authority further upheld all initial sanctions imposed on the country while imposing additional ones.

“In view of the above, the Authority decides to uphold the initial sanctions already imposed on Mali and on the transition authorities”.

“The Authority of ECOWAS heads of state as part of their deliberations “also decides to impose additional economic and financial sanctions, in conformity with its deliberations at the Sixtieth Ordinary Session held on 12 December 2021 in Abuja, Federal Republic of Nigeria”.

The additional sanctions include: “Withdrawal of all ECOWAS Ambassadors in Mali; Closure of land and air borders between ECOWAS countries and Mali; Suspension of all commercial and financial transactions between ECOWAS Member States and Mali, with the exception of the following products: essential consumer goods; pharmaceutical products; medical supplies and equipment, including materials for the control of COVID-19; petroleum products and electricity; Freeze of assets of the Republic of Mali in ECOWAS Central Banks and Freeze of assets of the Malian State and the State Enterprises and Parastatals in Commercial Banks; Suspension of Mali from all financial assistance and transactions from all financial institutions.”

The Authority also instructed, “all Community Institutions to take steps to implement these sanctions which will be implemented with immediate effect”.

It added that: “The sanctions will be gradually lifted only after an acceptable and agreed chronogram is finalised and monitored satisfactory progress is realised in the implementation of the chronogram for the elections.”

The Military has controlled Mali since August 2020.

It has also postponed elections and organised two coups.

Plans by the military-led government for the slow transition to democratic rule have been rejected by political parties in the country.

According to the proposed plan, the transition would take up to 5 years with a Constitutional referendum held in 2023 and legislative elections in 2025.

However, a presidential plan would only take place until 2026.

The military junta described its proposal as “appropriate to conduct the political and institutional reforms.”