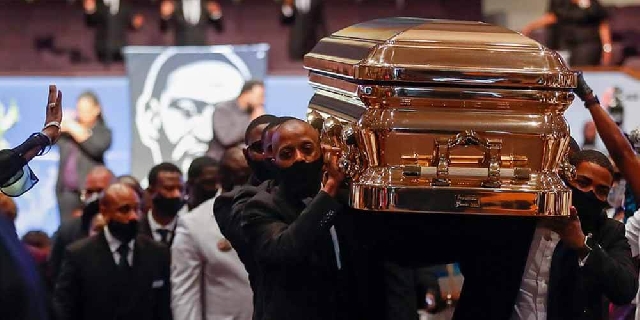 The funeral of George Floyd, an African American whose death in police custody spawned global outrage, has heard impassioned pleas for racial justice.

Speakers in the church in Houston, Texas, lined up to remember a man whose "crime was that he was born black".

Mr Floyd died in Minneapolis last month as a white police officer held a knee on his neck for nearly nine minutes, his final moments filmed on phones.

Four police officers involved have been sacked and charged over his death.

His coffin was taken from the church driven in a motorcade to the Houston Memorial Gardens where he was to be buried beside his mother.

Media caption George Floyd's niece: 'This is not just murder, but a hate crime'

One of Mr Floyd's nieces, Brooke Williams, called for a change in laws which, she argued, were designed to disadvantage black people.

"Why must this system be corrupt and broken?" she asked. "Laws were already put in place for the African-American system to fail. And these laws need to be changed. No more hate crimes, please! Someone said 'Make America Great Again', but when has America ever been great?"

Republican President Donald Trump's Democratic opponent in the November presidential election, Joe Biden, addressed the service in a video message, saying: "When there is justice for George Floyd, we will truly be on our way to racial justice in America." 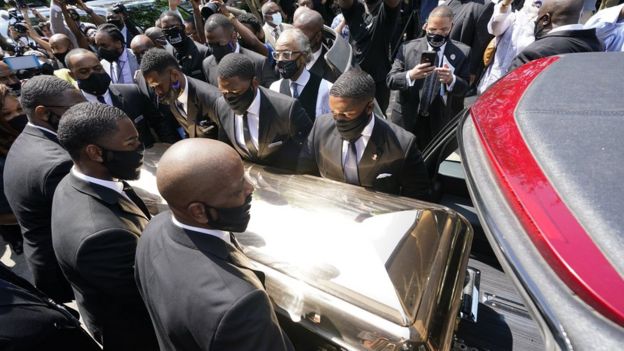 Mr Biden has sharply criticised Mr Trump, accusing him at the weekend of making "despicable" speculative remarks about Mr Floyd.

But the Democratic politician was himself recently accused of taking black American votes for granted when he said African Americans "ain't black" if they even considered voting for Mr Trump.

What was said at the funeral?

The service was held at the Fountain of Praise church, attended by some 500 guests including politicians and celebrities.

"George Floyd was not expendable - this is why we're here," said Al Green, the local Democratic congressman. "His crime was that he was born black."

Talking about Mr Floyd's difficult life, he said: "God took the rejected stone and made him the cornerstone of a movement that's gonna change the whole wide world."

In Minnesota, Governor Tim Walz called on people to honour the funeral by observing silence for eight minutes and 46 seconds, the time Mr Floyd was pinned to the ground before he died. 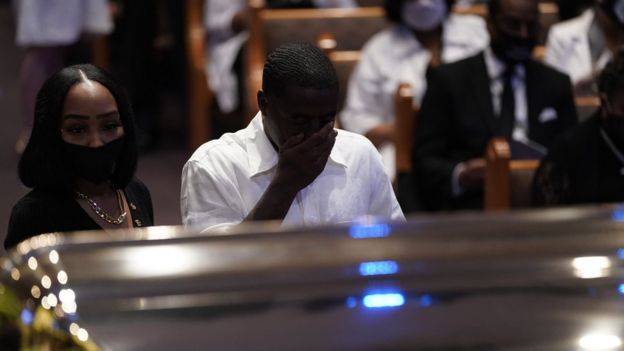 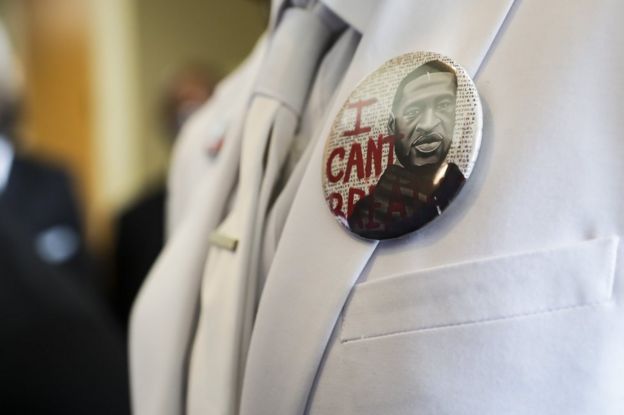 Mr Floyd's coffin was taken to a cemetery in Pearland, south of Houston, for a private burial ceremony. For the last mile of the procession it was conveyed in a horse-drawn carriage.

Barriers were erected along the route to allow members of the public to pay their respects safely as the procession passed. 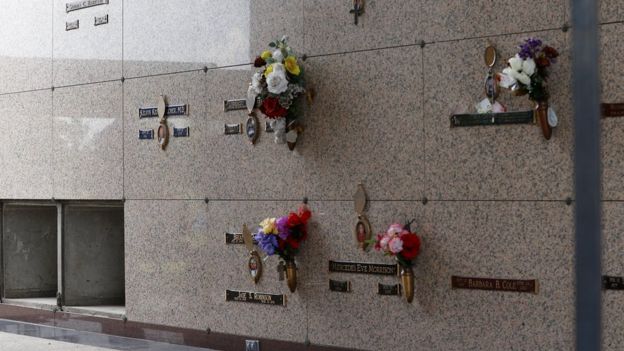 Image copyright: EPA Image. Caption: Mr Floyd will be interred in a mausoleum in Pearland

His body was on display at the church for six hours on Monday.

Memorial services were also held in Minneapolis and North Carolina, where Mr Floyd was born.

What did Biden say about Floyd's family? 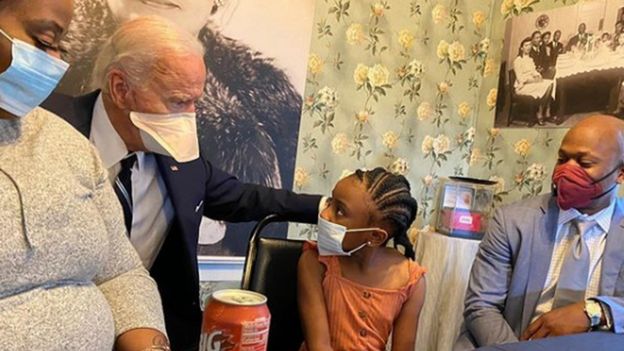 "I think what happened here is one of the great inflection points in American history, for real, in terms of civil liberties, civil rights and just treating people with dignity."

"That compassion meant the world to this grieving family," he added.

How have the protests spread?

Anti-racism protests started by Mr Floyd's death are now entering their third week in the US. Huge rallies have been held in several cities, including Washington DC, New York, Chicago, Los Angeles and San Francisco.