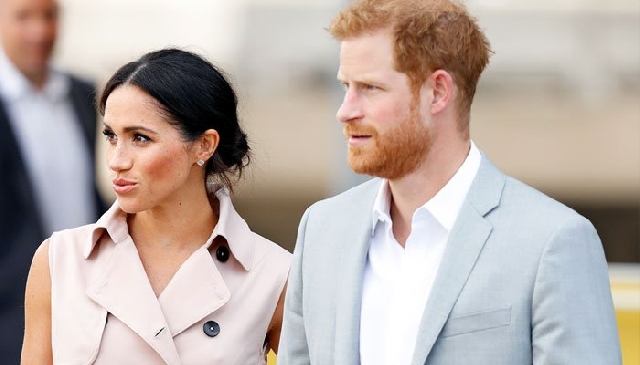 Prince Harry has expressed his fear of history repeating itself while comparing his mother being “chased to her death while she was in a relationship with someone that wasn’t white” to his relationship with Meghan Markle.

The Duke of Sussex highlighted the similarities between his and the Duchess of Sussex’s experiences with the media and those of his mother’s while speaking with Oprah Winfrey for a new Apple TV+ docu-series titled: The Me You Can’t See.

During the interview, which comes just two months after the duke and duchess sat down with Winfrey for an explosive tell-all conversation on CBS, Harry spoke candidly about the couple’s reasons for stepping back from their roles as senior members of the royal family.

According to Harry, one of the main reasons he and Meghan decided to leave was the constant harassment by the media, which frequently published stories about the duchess, who is half Black, with racially charged undertones.

“Within the first eight days of our relationship being made public was when they said, ‘Harry’s girl almost straight outta Compton.’ And that her exotic DNA will be thickening the royal blood,” Harry recalled. “We would get followed, photographed, chased, harassed.”

The stressful situation, which Harry acknowledged was worsened by social media, had an impact on Meghan, who revealed to her husband that she was beginning to have suicidal thoughts while six months pregnant with their first child, Archie.

The 36-year-old then alleged that the constant, intense scrutiny of the couple, and especially Meghan, would not have ended “until she dies,” a fate Harry said his own mother experienced in her relationship with boyfriend, Egyptian film producer Dodi Al Fayed.

“History was repeating itself. My mother was chased to her death while she was in a relationship with someone that wasn’t white,” Harry told Winfrey. “And now look what’s happened. You wanna talk about history repeating itself, they’re not gonna stop until she dies.”

Prior to her death on 31 August 1997, Princess Diana had begun dating Al Fayed, the son of billionaire Mohamed Al-Fayed. On the night of the tragic accident, the couple, who both died as a result of the crash, were attempting to get away from paparazzi in Paris.

According to Harry, when reflecting on his and Meghan’s experience, his biggest regret was “not making more of a stance earlier on in my relationship with my wife and calling out the racism when I did”.

Despite Meghan’s mental health struggles, Harry also said that his family initially denied their requests to step away from their roles as working royals, with the duke noting that “there was no option to leave”.

He said: “Eventually when I made that decision for my family, I was still told you can’t do this. And it’s like: ‘Well how bad does it have to get until I am allowed to do this?’

“She was going to end her life. It shouldn’t have to get to that.”

Ultimately, Harry said that he and Meghan decided to put their mental health first and that  “that’s what we will continue to do”.