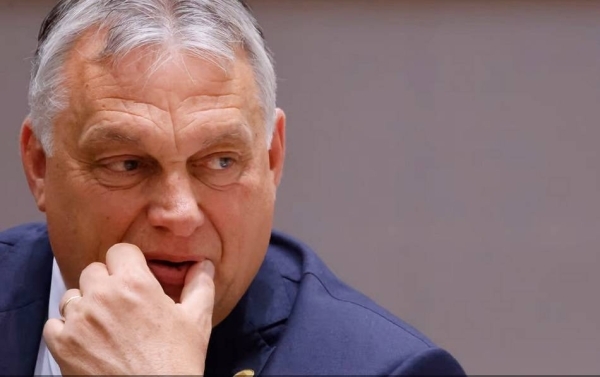 The International Auschwitz Committee of Holocaust survivors called the speech "stupid and dangerous".

A member of Viktor Orban's inner circle has resigned after the Hungarian prime minister spoke out against becoming "peoples of mixed race".

Zsuzsa Hegedus, who has known the nationalist Mr Orban for 20 years, described the speech as a "pure Nazi text", according to Hungarian media.

The International Auschwitz Committee of Holocaust survivors called the speech "stupid and dangerous".

Mr Orban's spokesman said the media had misrepresented the comments.

The speech took place on Saturday in a region of Romania which has a large Hungarian community.

In it, Mr Orban said European peoples should be free to mix with one another, but that mixing with non-Europeans created a "mixed-race world".

"We are willing to mix with one another, but we do not want to become peoples of mixed race," he said.

"I don't know how you didn't notice that the speech you delivered is a purely Nazi diatribe worthy of Joseph Goebbels," she wrote in her resignation letter, according to the Hungarian hvg.hu news website.

Goebbels was the head of Adolf Hitler's propaganda ministry.