It's Election Day in America 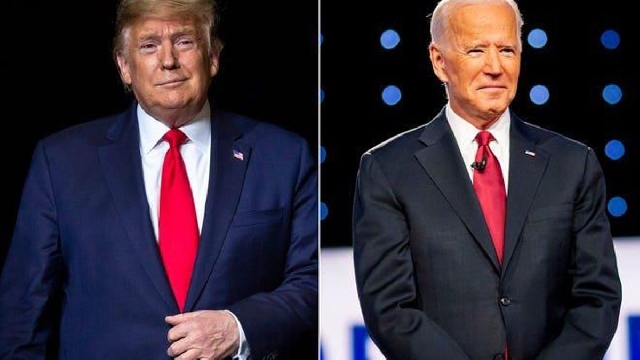 > 9.3 million people have been infected with Covid-19.

Americans get their last chance Tuesday to judge the presidency of President Donald Trump.

You can tell he's nervous because he made the final moments of his reelection argument about excluding people's votes from being counted.

We don't know who will win this election, but we have already learned something very important about US politics in 2020, and that's this: One party has been actively and openly trying to get people's votes thrown out.

It is literally anti-democratic.

If this were being done quietly, it would be a scandal. Done out loud by the President, it has the veneer of policy. Or at least that's the way it's being treated. But it's no less corrosive to people's faith in the system.

Damn the torpedoes. I've been a little surprised not to feel more urgency from Democratic nominee Joe Biden or his campaign.

Former President Barack Obama was nailing three-pointers before a speech over the weekend. Biden was out with Lady Gaga in Pittsburgh. Those interludes felt like normal-year retail politics, regular get-out-the-young-vote moves at a time when the whole democratic system could be teetering. It's clear that Biden is trying to project a steady hand when everyone's shaking. Then again, this is the turnout portion of an election. It's a few extra people in each neighbourhood that make winners.

There's a pit in my stomach tonight. I honestly wonder what comes next and I can't shake the unease.

Will there be violence if Trump wins?

Will there be violence if Trump loses?

Cities, states and businesses have all been preparing for the possibility of civil unrest.

They're erecting a "non-scalable fence" around the White House.

Coordinated attack. Trump's warnings that any result that does not end with him in the White House must be "rigged" are working in tandem with Republican efforts to have hundreds of thousands of votes thrown out. Those efforts have faltered in key state and federal courts.

Too far. Not even the all-Republican Texas state Supreme Court or the Republican-appointed federal court judge were buying the argument of conservative activists and legislators that more than 100,000 votes cast at drive-in polling places should be invalidated. Details here.

Steve Vladeck, a CNN analyst and constitutional law professor at the University of Texas, ripped the lawsuits brought by Republicans in Texas and elsewhere. He argued in The Washington Post they were functionally about invalidating votes Republicans think will be damaging to them:

"Like so many 11th-hour voting-related suits filed by Republicans in recent weeks, this suit has almost nothing to do with voter fraud. Rather, it's the latest in a consistent and cynical line of suits — in Wisconsin, Pennsylvania, Minnesota, among others — that appear motivated by partisan gain, assuming that the exclusion of any set of ballots from Harris County, the third-largest in the country and one of Texas's key Democratic strongholds, is good for Republicans."

It's the voters' turn. Anything less than a blowout seems destined to be a legal battle. "I don't think it's fair that we have to wait for a long period of time after the election ... We're going in the night of — as soon as the election is over — we're going in with our lawyers," Trump promised.

Polling suggests Joe Biden is in the stronger spot. But polling deceived us four years ago. And if there are only two real options, either one could win. Make no mistake that come Wednesday (or later), we could be talking about Trump's reelection.

Historical notes -- Trump should be winning. Only three incumbent presidents in Trump's lifetime have lost their bid for a second term. And Gerald Ford was never himself elected, so he gets a huge asterisk. That Trump is in a place of weakness, according to polls, is evidence, maybe, that division, discord and a failure to do even basic leadership like pushing mask mandates during a pandemic have turned voters off.

The other way to end an election -- Today I watched the speech Ronald Reagan gave on Election Eve in 1980. It was, to my 2020 ears, incredibly hokey. But it was also hopeful. He sat in a chair and told Americans to believe in their ability to come together.

"Let us resolve they will say of our day and our generation that we did keep faith with our God, that we did act worthy of ourselves; that we did protect and pass on lovingly that shining city on a hill," he said in closing.

Act worthy of yourself. Trump, for comparison, is tweeting his approval of a caravan of pickup trucks endangering a Biden campaign bus in Texas. And he's trying to poison faith in elections to ward off the humility of a possible loss.