Jamal Khashoggi: US to release report on Saudi journalist murder 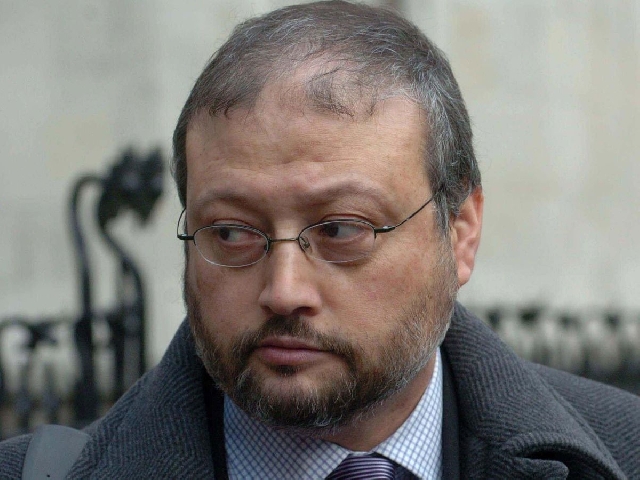 The US is set to release a report widely expected to implicate Saudi Arabia's crown prince in the murder of journalist Jamal Khashoggi in 2018.

President Joe Biden has read the intelligence report and is due to speak to the Saudi king soon.

Khashoggi was brutally killed in the Saudi consulate in Istanbul, Turkey. The crown prince denied involvement.

Saudi authorities say his death was the result of a "rogue operation" by a team of agents sent to return him to the kingdom.

Five individuals were given death sentences for the murder by a Saudi court but these were commuted to 20 years in prison last September.

What do we know about the report?

The report, which is expected to be released later on Thursday, will say that Crown Prince Mohammed bin Salman approved "and likely ordered" Khashoggi's killing, four US officials told Reuters news agency.

They said the Central Intelligence Agency (CIA) - the US overseas spy agency - was the main contributor to the report.

The Saudi public prosecution and Prince Mohammed insist he did not have any knowledge of the murder but in 2019 he said he took "full responsibility as a leader in Saudi Arabia, especially since it was committed by individuals working for the Saudi government".

NBC News reports that the intelligence assessment is not new and is based on work by the CIA which was widely reported back in 2018 - and later denied by then-President Donald Trump.

According to that reported assessment, there was no "smoking gun" but US officials thought such an operation would have required the prince's approval.

The Washington Post, which Khashoggi worked for, said at the time that the CIA assessment had been based partly on a phone call made by the crown prince's brother, Prince Khalid bin Salman, who was the then Saudi ambassador to the US.

Prince Khalid, who is now deputy defence minister, allegedly called Khashoggi at the direction of his brother and gave him assurances that he would be safe to go to the consulate in Istanbul. Prince Khalid has denied any communication with the journalist.

In 2019, UN special rapporteur Agnes Callamard accused the Saudi state of the "deliberate, premeditated execution" of Khashoggi and dismissed the Saudi trial as an "antithesis of justice".

Why is this happening now?

The publication of the report is part of Joe Biden's policy to realign ties with Saudi Arabia and take a much tougher stance than his predecessor Mr Trump on certain Saudi positions.

The Trump administration had previously rejected a legal requirement to release a declassified version of the report, focusing instead on improved co-operation with the Saudis.

White House spokeswoman Jen Psaki said on Wednesday that Mr Biden would communicate with King Salman, and not directly with the crown prince, who is his son and is considered the de facto ruler in Saudi Arabia.

She said the president was due to speak to the 85-year-old king for the first time since taking office "soon", without giving a specific time for the call.

"We've made clear from the beginning that we are going to recalibrate our relationship with Saudi Arabia," she told reporters.

The new administration has already made some major policy changes in that regard, with President Biden ending US support for offensive operations by the Saudi-led coalition fighting in Yemen, and freezing arms sales to the kingdom.

How was Jamal Khashoggi killed?

The 59-year-old journalist was last seen entering the Saudi consulate in Istanbul on 2 October 2018 to obtain papers that would allow him to marry his Turkish fiancée.

According to the Saudi public prosecution, Khashoggi was forcibly restrained after a struggle and injected with a large amount of a drug, resulting in an overdose that led to his death. His body was then dismembered and handed over to a local "collaborator" outside the consulate, the prosecution said. The remains were never found.

Grim details were revealed in transcripts of purported audio recordings of the killing obtained by Turkish intelligence.

Khashoggi was once an adviser to the Saudi government and close to the royal family, but fell out of favour and went into self-imposed exile in the US in 2017.

From there, he wrote a monthly column in the Washington Post in which he criticised the policies of Prince Mohammed.

In his first column for the newspaper, Khashoggi said he feared being arrested in an apparent crackdown on dissent overseen by the prince.

In his last column, he criticised Saudi involvement in the Yemen conflict.