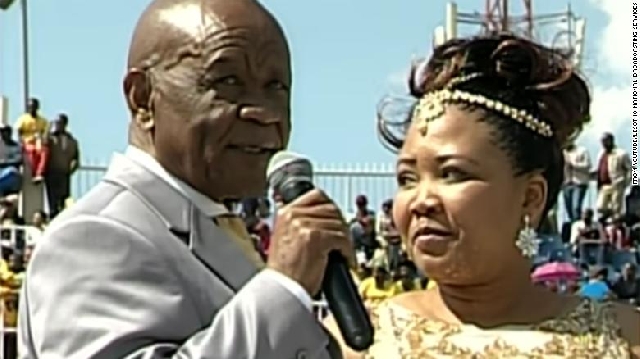 Thabane ordered the hit on Lipolelo Thabane to allow his current wife Maesaiah to become the first lady, Lesotho police commissioner Paseka Mokete said in an affidavit. Lipolelo Thabane was fatally shot by gunmen near her home in the capital Maseru in June 2017.

She was negotiating a divorce from Thabane before her death. The documents state that the prime minister and his wife allegedly met with the head of a gang and promised them $177,000 and jobs to kill Lipolelo before his inauguration as prime minister, police said in the affidavit.

They attempted to kill Lipolelo on 12 June but failed and she reported the incident to the police, according to Mokete.

They then waylaid and killed Lipolelo two days later on her way from a meeting with an unnamed intermediary, who is now a state witness.

The intermediary was negotiating a truce between the two women in Ficksburg, a small town in neighbouring South Africa, according to the affidavit. Thabane married his current wife Maesaiah two months after Lipolelo was killed.

Maesaiah has been charged with Lipolelo's murder and the attempted murder of another woman, who was with the former first lady when she was killed.

The former prime minister has not been charged despite attempts by police to prosecute him.

His lawyers have argued that he has immunity because of his position. Thabane stepped down from office in May following months of pressure from his party to resign over his alleged involvement in the case. He will be charged with murder now he is no longer in power, Mokete said.

Police re-arrested Maesaiah last week and her previous bail was revoked over technical issues. The court ordered a fresh bail application and said a different judge must hear the case.