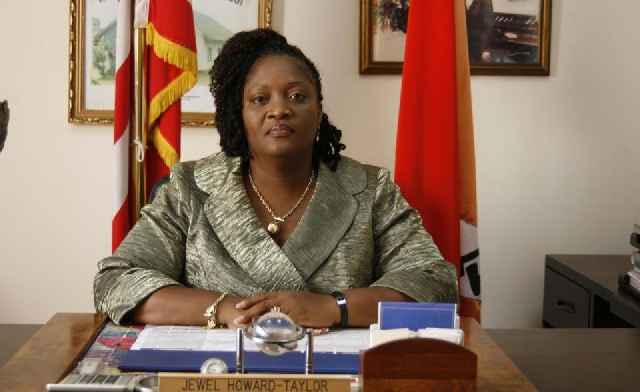 Liberia's vice president and former first lady, Jewel Howard-Taylor, has been flown to Ghana to for medical treatment after developing “respiratory complications,” her office said in a statement.

Howard-Taylor flew out of Liberia on Tuesday following a four-day stay at a private medical facility in Monrovia, her press officer Solomon Ware told The Associated Press.

The Monrovia-based clinic recommended her transfer to a more advanced healthcare facility abroad after she had been stabilized, he said.

Liberia’s health sector has remained weak since the country's civil war ended 17 years ago. Government officials and those who can afford it routinely travel abroad for medical attention.

Since becoming vice president to ex-footballer President George Weah in 2018 under a coalition arrangement, she has often complained she’s not treated like the second in command.