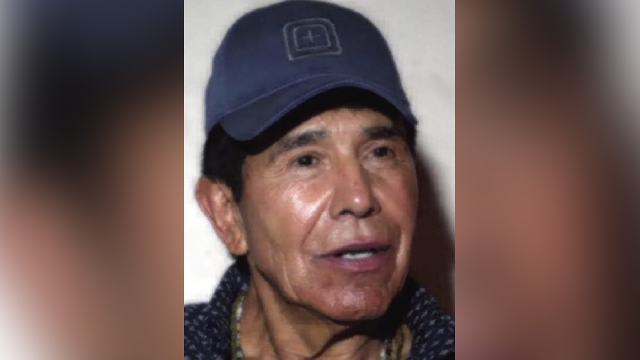 Mexican drugs lord Rafael Caro Quintero, who is on the US most wanted list, has been arrested in the western Sinaloa state, the Mexican Navy says.

Mr Quintero, who is accused of kidnapping, torturing and murdering a US drug enforcement agent in 1985, was held in the town of Choix.

The Navy said Mr Quintero, believed to be 69, was found in bushes by a specially-trained dog called Max.

The US said it would seek Mr Quintero's immediate extradition.

"There is no hiding place for anyone who kidnaps, tortures, and murders American law enforcement. We are deeply grateful to Mexican authorities for their capture and arrest of Rafael Caro Quintero," US Attorney General Merrick Garland said.

Mr Quintero was one of three founding members of the powerful Guadalajara Cartel.

He spent 28 years in jail for the murder of former US Drug Enforcement Administration (DEA) agent Enrique Camarena.

The murder strained US-Mexico ties at the time and was later dramatised in the Netflix series Narcos: Mexico.

In 2013, a court in Mexico cut short Mr Quintero's 40-year sentence and freed him, ruling that he should have been tried in a state rather than a federal court.

The ruling was later overturned by the country's supreme court - but Mr Quintero had already gone into hiding.

US officials said he quickly returned to drug trafficking, and Washington subsequently offered $20m (£17m) for any information leading to his capture.

Mr Quintero's arrest is symbolically important although he is no longer considered a major figure in international drug trafficking.

"It is probably one of the most important captures of the last decade in terms of importance to the DEA," said Mike Vigil, the DEA's former chief of international operations, quoted by Reuters.

In its statement, the Mexican Navy also said that 14 of its personnel had died after a Black Hawk helicopter crashed in the city of Los Mochis in Sinaloa.

An investigation was underway - but there was no indication the crash was related to Mr Quintero's arrest, the Navy said.