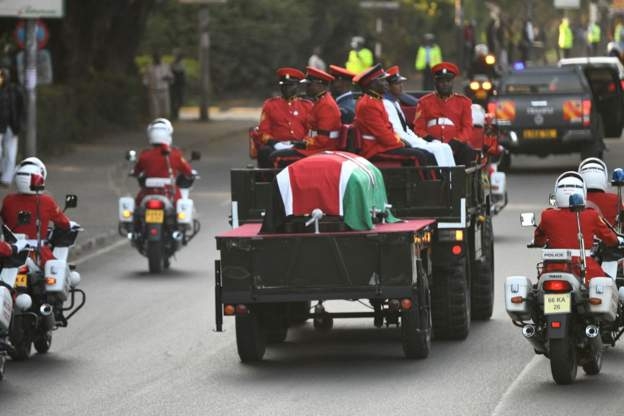 The body of Kenya's former President Daniel arap Moi has arrived in the country's parliament buildings for the final day of public viewing.

Thousands of mourners have been queuing since Saturday to view the body of the former president, who died last week at the age of 95.

Mr Moi's body has been lying in state since Saturday.

Kenyans over the weekend queued to view Mr Moi's body and more are expected on Monday being the last day of public viewing.

A funeral service is scheduled for Tuesday at the Nyayo Stadium in the capital, Nairobi.

Several heads of state have been reported to have confirmed attendance.