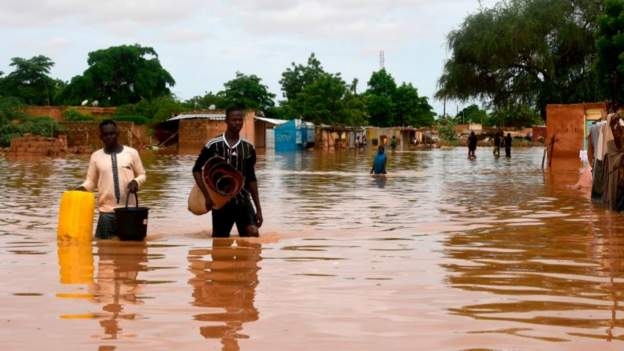 The capital, Niamey, has been worst hit by the floods

The authorities in Niger have postponed the reopening of schools across the country following heavy floods that have killed more than 70 people and displaced hundreds of thousands.

Most of the flood victims are sheltered in schools and the authorities say they need time to relocate them to other shelters.

Schools were due to reopen on 1 October, but the government has said they will now reopen on 15 October for the new academic year.

Large swathes of Niger have been affected by the floods following torrential rains and rivers bursting their banks.

The capital, Niamey, and its surroundings has been the worst hit.

Earlier this year, students lost several months of learning when schools were closed due to the coronavirus pandemic.

Schools reopened briefly in early June and later closed for holidays but floods have now forced them to remain shut.