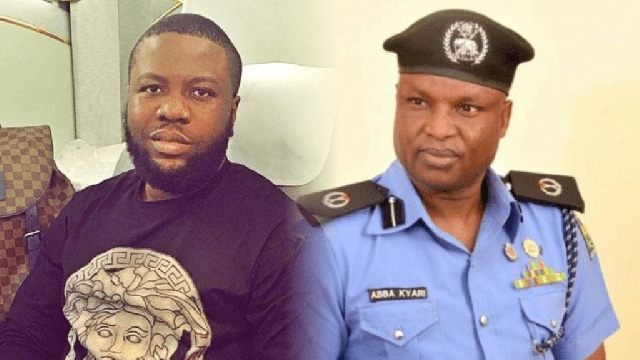 The Nigerian police say they have received ‘’allegation and indictment processes’’ from the US Federal Bureau of Investigation (FBI) against a senior police officer.

A statement by police spokesperson Frank Mbah did not give details of the allegations against Deputy Commissioner of Police Abba Kyari,

It however said they had ordered an internal investigation into the officer following the receipt of the indictment processes.

Mr Kyari - who is celebrated in Nigeria for his efforts in leading fight against violent crime - is widely reported to be linked to the fraud and money laundering case against Nigerian influencer Ramon Abbas - also known as Hushpuppi.

Court documents filed in a US court said Hushpuppi’s crimes cost his victims almost $24m (£17m) in total and he has pleaded guilty to money laundering charges.

But Mr Kyari has publicly denied any involvement in fraud or corruption with the 37-year-old social media celebrity, describing the allegations as ‘’false’’ and saying his ‘’hands are clean’’.

On Thursday, the Nigerian police said they were committed to the ‘’pursuit of justice" and strengthening its relationship with international partners.