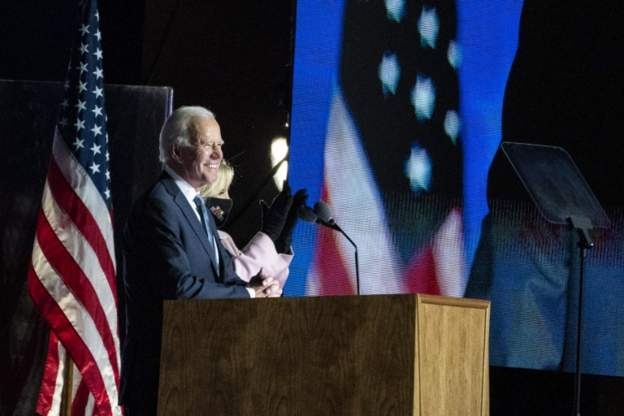 "It was outrageous because it is a naked effort to take away the democratic rights of American citizens," she said.

"It was unprecedented because never before in our history has a president of the United States sought to strip Americans of their voice in a national election."

Trump's statement was incorrect, O’Malley Dillon said, because the law requires every legitimate vote to be counted.

On Trump's threat to challenge the counting of votes in court, O’Malley Dillon said Biden had "legal teams standing by ready".

"Joe Biden and Kamala Harris will stand for the right of all Americans to have their votes counted — no matter who they voted for," she added.