Rwanda genocide suspect due to go on trial at The Hague 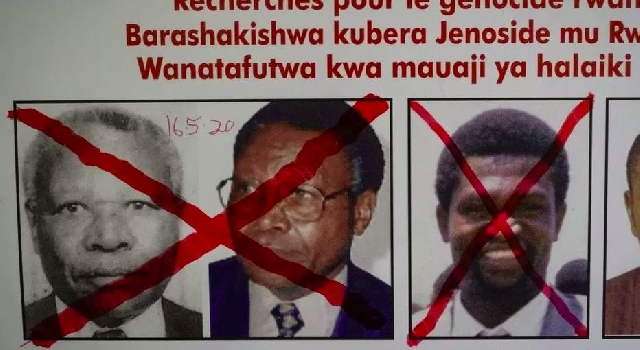 One of the last main suspects in the 1994 Rwandan genocide is due to go on trial at a UN tribunal in The Hague.

Félicien Kabuga is charged with genocide and crimes against humanity for his alleged role in the slaughter of about 800,000 people, mostly ethnic Tutsis.

Prosecutors allege he was behind hateful messages against Tutsis, and funded and armed militias to kill them.

He has pleaded not guilty to the charges.

Now in his late 80s, Mr Kabuga was once one of Rwanda's richest men.

He was arrested in France's capital, Paris, two years ago after evading capture for about 26 years.

For decades he was among the world's most wanted fugitives.

He is also accused of distributing machetes to militia groups and of financing them.

Mr Kabuga's lawyers entered a not guilty plea during a first appearance at the tribunal in 2020.

They have argued that he is too frail to stand trial. Judges have decided to go ahead but with shorter court sessions.

Prosecutors are expected to call more than 50 witnesses in a trial that could last for years.

Survivors of the genocide have called for swift justice, fearing he may die under the presumption of innocence.