UK officially in recession for first time in 11 years 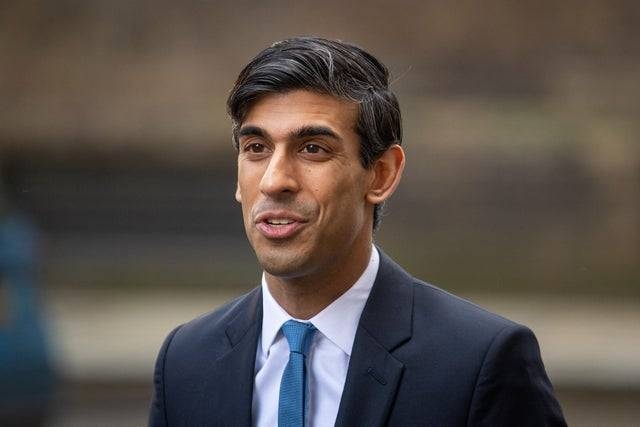 The UK economy suffered its biggest slump on record between April and June as coronavirus lockdown measures pushed the country officially into recession.

The economy shrank 20.4% compared with the first three months of the year.

Household spending plunged as shops were ordered to close, while factory and construction output also fell.

This pushed the UK into its first technical recession - defined as two consecutive quarters of economic decline - since 2009.

Chancellor Rishi Sunak told the BBC that the government was "grappling with something that is unprecedented" and that it was "a very difficult and uncertain time".

But shadow chancellor Anneliese Dodds blamed Prime Minister Boris Johnson for the scale of the economic decline, saying: "A downturn was inevitable after lockdown - but Johnson's jobs crisis wasn't."

How are ordinary people being affected?

Kate Treglown, 44, of Walthamstow in east London, is currently out of work as a result of the coronavirus crisis. She was made redundant from her advertising job at the end of July after being on furlough.

"I worked for 16-and-a-half years for an advertising agency that promoted live events. The work totally dried up in May," she told the BBC.

Kate says she feels "stuck in limbo" - keen to try something new, but unsure of when her children- who she has been home schooling - will return to school.

"There is work. There are jobs available. But when I look on LinkedIn, every single job has hundreds of applications, so competition is very stiff," she says.

"I feel women are really carrying the burden of this pandemic with regards to the childcare, whether working or not. It's made me feel quite depressed at times.

"My redundancy money is only going to last so long and I'm scared of what the future holds for us at the moment."

Jobless in the pandemic: 'It's hard to stay positive'

How can I find a new job?

The Office for National Statistics (ONS) said the economy bounced back in June as government restrictions on movement started to ease.

But Jonathan Athow, deputy national statistician for economic statistics, said: "Despite this, gross domestic product (GDP) in June still remains a sixth below its level in February, before the virus struck."

Which parts of the economy have suffered most?

The ONS said the collapse in output was driven by the closure of shops, hotels, restaurants, schools and car repair shops.

The services sector, which powers four-fifths of the economy, suffered the biggest quarterly decline on record.

Factory shutdowns also resulted in the slowest car production since 1954.

How could a recession affect me?

Is there such a thing as a 'good' or 'bad' recession?

The economic decline was concentrated in April, at the height of lockdown.

What is the government doing about it?

Official jobs figures released on Tuesday showed the number of people in work fell by 220,000 between April and June.

But in a BBC interview on Wednesday, Mr Sunak did not waver on ending the government's furlough scheme of job subsidies, which is winding down and is due to end entirely after October.

"I think most people would agree that that's not something that is sustainable indefinitely," he told the BBC.

The chancellor said the government should not pretend that "absolutely everybody can and will be able to go back to the job they had" and said there would be support for creating jobs in new areas.

The opposition has been critical of the government's handling of the economy during the pandemic.

Ms Dodds said: "We've already got the worst excess death rate in Europe - now we're on course for the worst recession too. That's a tragedy for the British people and it's happened on Boris Johnson's watch."

Referring to the tapering of the furlough scheme, she said the government had "snatched away wage support for businesses that hadn't even reopened yet".

How are businesses coping?

Laura Tenison, founder of clothing firm JoJo Maman Bebe, told the BBC that the trading performance of her 90 stores was showing huge variations, with those in urban locations suffering from a lack of office workers and tourists.

"Those like York, Windsor, central London, Reading, Norwich - those ones are absolutely dire, really really awful," she said.

"I mean, some days we take no money, put it that way. But some of the village stores, the community stores, they're actually doing better than we anticipated.

"I think we have six stores in the portfolio that actually are trading up on last year."

Ms Tenison founded her business in 1993, during a recession. "This is my third recession in my relatively long life in retail," she said.

"We still have to be entrepreneurial," she added. "We have had to close down some areas of business because of Covid. We've had to close our American business, which is just a massive sadness to me.

"Of course, everyone has to look at their overheads, but be creative. Look at those opportunities out there. Recessions bring opportunities."

What are other people saying?

Business groups urged the government to do more to support the economic recovery.

Alpesh Paleja, an economist at the Confederation of British Industry, said many companies were struggling to pay their bills on time.

He said: "A sustained recovery is by no means assured. The dual threats of a second wave and slow progress over Brexit negotiations are also particularly concerning."

While more recent data suggest the recovery is gaining traction, the Bank of England does not expect the economy to get back to its pre-pandemic size until the end of next year.

The Office for Budget Responsibility, the government's official forecaster, expects the recovery to take even longer.

How does the UK compare with other nations?

The UK's slump is one of the biggest among advanced economies, according to preliminary estimates.

The economy is more than a fifth smaller than it was at the end of last year. This fall is not as bad as the 22.7% decline in Spain, but about twice the size of contractions in Germany and the US.

The chancellor told the BBC that the UK economy had performed worse than its EU counterparts because it was focused on services, hospitality and consumer spending.

"Those kinds of activities comprise a much larger share of our economy than they do for most of our European cousins," he said.