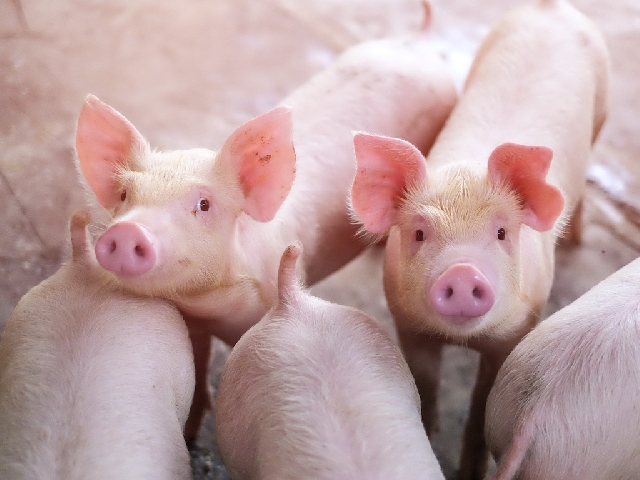 The disease was first recorded three weeks ago

The African swine fever has killed some 3,000 pigs in Ejisu in the Ashanti Region.

The disease was first recorded three weeks ago and believed to have been brought by another pig from outside.

The secretary to the Pig Farmers Association in the area, Mr George Adjei, told Class91.3FM's Ashanti regional correspondent Elisha Adarkwah on Wednesday, 10 November that not less than 1,200 pigs have been buried due to the disease.

Mr Adjei said: "It occurred some three weeks ago when two of our farmers participated in helping another farmer, who brought in an animal from outside, to kill and dress it for the person, not knowing the animal that was brought in was infected with the African Swine Fever.”

The Pig Farmers Association secretary indicated that about 50 farmers have lost their animals to the disease resulting in a loss of investments.

The secretary, who is also the Chief Executive Officer (CEO) of Nana Shai Farms, further revealed: “We were producing not less than 3,000 pigs per annum".

"I’ve lost not less than GHS35,000, part of which was a loan from the bank to boost production for the festive season."

He noted that the farmers were preparing to petition the government on the current condition of their farms.

“We’re preparing our documents to officially forward a petition and proposal to the appropriate quarters with respect to what has happened.”

The farmers appealed to the government to assist them to regain their source of livelihood, saying, “We appeal to the government and other philanthropists, to come to our aid. We’re not asking for much, anything that will put us back.”

He added that the veterinary officers will be coming around to disinfect the farms while they wait for a few months to begin their trade again.