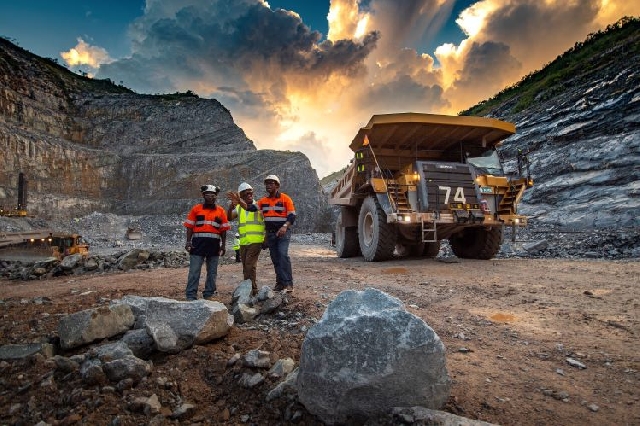 The properties to be acquired in the transaction include Coeur’s C-Horst, SNA, Secret Pass and Daisy ore bodies, as well as the decommissioned Sterling Mine and all tenements that surround these properties. AngloGold Ashanti U.S.A. Holdings Inc., a wholly-owned subsidiary of AngloGold Ashanti, will acquire all shares of Coeur Sterling for $150m in cash when the transaction closes.

“This acquisition further enhances the value proposition we are building in the Beatty District,” said AngloGold Ashanti CEO Alberto Calderon.

“The addition of these properties consolidates our ownership position in one of North America’s most promising new gold districts, and gives us the ability to develop it in a way that will realise its full potential for the benefit of all stakeholders.”

Coeur currently estimates that the properties to be acquired in this transaction have a Mineral Resource of 914,000oz.

Benefits to AngloGold Ashanti from the transaction include:

ii)           unfettered access to the district, allowing for optimal development and extraction of the Merlin and C-Horst orebodies;

AngloGold Ashanti has published a Mineral Resource at Silicon of 3.37Moz ounces for the year ending 31 December 2021.

It recently acquired the neighboring North Bullfrog and Mother Lode projects through the acquisition of Corvus Gold Inc. on 18 January 2022 and will formally declare a Mineral Resource from those assets in February 2023.

AngloGold Ashanti is currently conducting a feasibility study on the North Bullfrog project and a pre-feasibility study on the Silicon project. It is anticipated -- prior to this acquisition and the additional potential it brings -- pending the results of the studies already underway, as well as the progress of the attendant permitting process, that first production for AngloGold Ashanti from the Beatty District will be realised in about three-year’s time, and that the Beatty District will yield production to AngloGold Ashanti of about 300,000oz a year, with an all in sustaining cost of less than $1,000/oz, by the end of the decade.

The transaction is subject to: 1. the completion of certain due diligence by AngloGold Ashanti; and 2. certain conditions precedent customary for a transaction of this nature.

Closing is anticipated by the end of 2022.