China warns Asian countries to be vigilant on U.S strategy in region 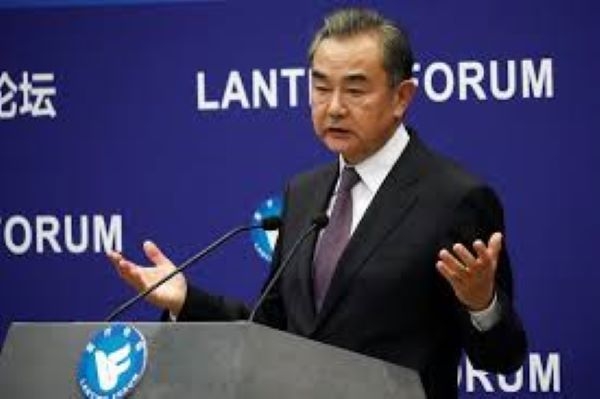 The Chinese government’s top diplomat, State Councillor Wang Yi urged on Tuesday Asian countries to remain “vigilant” over the risk of U.S. strategy stoking geopolitical competition in the South China Sea and other parts of the region.

Beijing and members of the Association of South East Asian Nations (ASEAN) should work together to remove “external disruption” in the South China Sea, Wang said during a joint news conference with Malaysia’s foreign minister.

“We (China and Malaysia) are both of the view that the South China Sea should not be a ground for major power wrestling teeming with warships,” said Wang, who is on a short Southeast Asian tour.

“China and ASEAN have full capacity and wisdom, as well as responsibility to maintain peace and tranquility in (the) South China Sea.”

China, which has for years been locked in maritime disputes with other coastal states in the South China Sea, has in recent months held military exercises in disputed parts of the strategic waterway, while Washington has accused China of attempting to build a “maritime empire” in the area.

Wang described Washington’s “Indo-Pacific” strategy, which aims to cast the United States as a trustworthy partner in the region, as a “security risk” for East Asia.

“What it pursues is to trumpet the old-fashioned cold war mentality and start up confrontation among different groups and blocks, and stoke geopolitical competition,” he said.

“I believe all parties sees this clearly and will stay vigilant against it.”

U.S. Secretary of State Mike Pompeo has previously said Washington wants a “free and open” Asia not dominated by any one country.