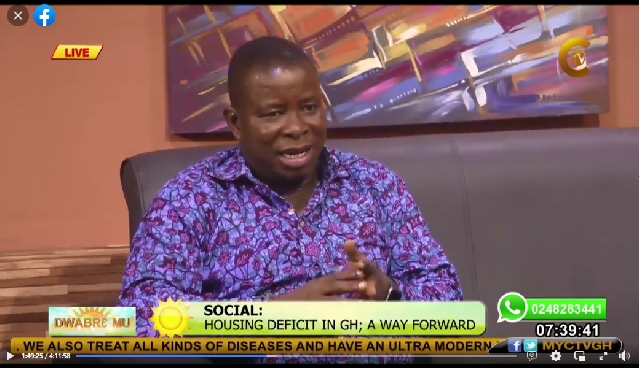 Neither the politician nor private sector, on their own, can build affordable houses for Ghanaians, Koans Estates CEO Prof Kofi Anokye has said.

In his view, the two must come together to make it happen.

“It’s supposed to be a collaboration”, he told Afia Papabi on CTV’s morning show Anopa Dwabremu on Wednesday, 29 September 2021.

For instance, Prof Anokye noted that for private real estate developers like Koans and Regimanuel, all they require of the government for them to go into affordable housing, is for officialdom to clearly define what ‘affordable housing’ is and spell out the incentives that private sector players stand to enjoy should they veer into that space, such as low interest rates on loans, ready offtaking by the government, access roads to the locations of the houses and infrastructure.

“That is all the government has to do for us who are in the private sector and have all the resources to build such housing units”, he said.

In his view, the red tapes in government processes alone, can frustrate such projects if the government goes solo.

“Now, if the government decides to go in alone, the procurement and bureaucratic systems alone will frustrate the whole process and nothing much could be achieved within the first four-year term of a government since a second term is not guaranteed any administration”.

“And, if you are unable to finish it, the next government that inherits it will bring its own experts and ideas and the whole project stalls”, he bemoaned.

“So, by the time they may have done going through the administrative processes, the prices would have shot up and the houses may no longer be affordable”, he observed.

“So, it is important for the government to first define what price is affordable, tag it with incentives and you’ll see how people will design houses to meet that affordable housing specification”, Prof Adei added.