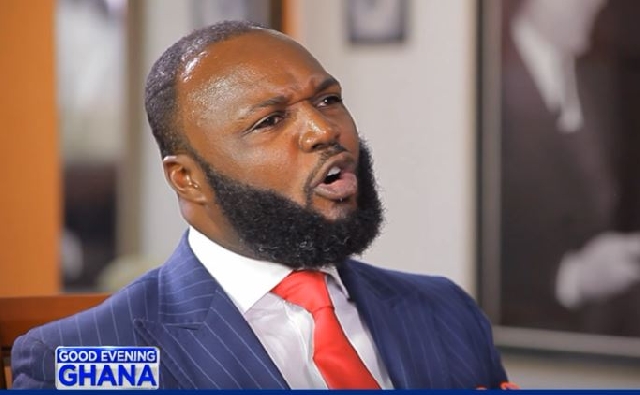 The Commercial Division of the Accra High Court has given the greenlight for the founder of defunct Capital Bank, William Ato Essien, to challenge the Bank of Ghana’s revocation of the bank’s operating licence.

That was after the court dismissed an application by the BoG which was urging the court to set aside a counterclaim by Mr Essien that challenged a suit filed against him and 15 other shareholders by the Receivers of Capital Bank over their alleged role in the collapse of the bank.

In a ruling, the court, presided over by Justice George Koomson, held that the application by the central bank seeking to stop the counterclaim by Essien, had no merit.

“It is my considered opinion that there is no merit in applicant’s (BoG) application. This application is dismissed for being unmeritorious, this court has jurisdiction to determine the counterclaim,” Justice Koomson ruled.

The ruling has, therefore, paved the way for the court to determine both the suit by the defunct bank, represented by the receiver, which seeks to recover over GHS837 million from the shareholders, and the counterclaim by Essien, challenging the revocation of the bank’s operating licence by BoG.

Capital Bank was one of seven indigenous banks whose licences were revoked by the BoG after they were declared insolvent following a massive clean-up of the financial sector by the Central Bank from 2017.

Under a purchase and assumption arrangement, the BoG allowed the state-owned bank, the GCB Bank, to take over Capital Bank and UT Bank in order to protect depositors’ fund and also enable them to stay afloat.

The central bank then merged the remaining five other indigenous banks into one entity known as the Consolidated Bank.

On November 2, 2018, the defunct bank acting through its receivers — Mr Vish Ashiagbor and Mr Eric Nana Nipah, both of PricewaterhouseCoopers (PwC), initiated a civil action against Essien and 15 other shareholders and directors of the bank.

The legal action is meant to recover over GH¢837 million, being what the receivers claim were loans that the shareholders granted to themselves which remained unpaid.

It is the case of the plaintiff that the defendants “breached their fiduciary duties under the Companies Code, 1963 (Act 179) and have caused serious financial loss to the bank’’.

In October last year, the Attorney-General also instituted a criminal prosecution against Essien and three others over their alleged dissipation of GH¢620 million liquidity support given to Capital Bank by the BoG between June 2015 and November 2016.

They have denied any wrongdoing and have pleaded not guilty on 26 counts of stealing, abetment to stealing, conspiracy to steal and money laundering.

In response to the civil action by the receivers, Essien, on December 5, 2018, filed a counterclaim against the BoG.

Among other reliefs, Essien wanted the court to declare the BoG’s revocation of the operating licence of Capital Bank as “capricious, arbitrary, unfair and against the rules of natural justice.”

On June 28, last year, the BoG filed an application urging the court to set aside the counterclaim by Essien on the basis that it was an “abuse of due process”

The BoG’s arguments, however, failed to convince the court.

On the issue of the court not having jurisdiction to hear the counterclaim, Justice Koomson held that Article 140 of the 1992 Constitution conferred jurisdiction on the High Court in both civil and a criminal matters.

According to the court, the 1992 Constitution had clearly indicted matters such as chieftaincy as outside the purview of the High Court and, therefore, in the absence of any such constitutional restrictions, the High Court could hear any matter.

“This court jurisdiction cannot be so ousted to the extent that Act 930 is not a constitutional provision,” the court held.

With regard to the BoG not being the right defendant to the counterclaim, the court held that the BoG was the principal of the receivers, who are acting as agents, and, therefore, the BoG and the receivers could be sued jointly.