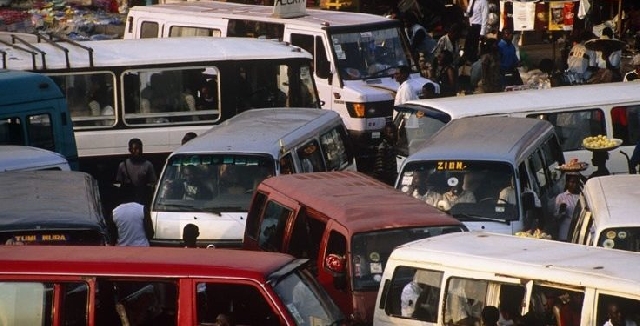 The Consumer Protection Agency (CPA) has asked the government of Ghana to cut transport fares by 15 per cent.

The CPA said it has noted that the prices of oil on the international markets have remained fairly stable, hence the local prices must be reduced.

A statement issued and signed by Mr Benjamin Akoto, Head of Complaint at the CPA, said: “Prices on the international market have been fairly stable over a period now while the government has lessened directives within the transport sector on the fight against the novel COVID-19”.

“Transport services have been cleared to operate at full capacity. The GPRTU and the other stakeholders who stand to benefit from the full capacity directive should consider the plight of consumers and reduce transport fares since they are now taking passengers at full capacity. We are suggesting that the 15% increment announced by GPRTU be reversed to reflect current trend and changes”, the CPA said.

“It is much surprising that the oil marketing companies adjust prices immediately there is a little upward shift of the factors that determine prices on the world market but reluctant to reduce prices when these same factors drop.

“We are, therefore, calling on the regulator to ensure that consumers are not taken advantage of at the expense of fair-trading practices. The CPA, therefore, expects nothing less than 15% reduction in transport fares in the country.”

Meanwhile, the Vice-Chairman of the Ghana Private Road Transport Union (GPRTU), Robert Sarbah, has indicated that private transport operators have advanced a call to the Transport Ministry to revise the recent increase in transport fares.

Mr Sarbah told Class News that the two parties will meet today, 28 July 2020, to conclude earlier deliberations on the issue.

This development follows the government's directive to drivers to operate at full capacity.

President Akufo-Addo made the announcement during the 14th COVID-19 update on Sunday, 26 July 2020.

The President said: “In consultation with the Ministries of Transport and Aviation, and the leadership of transport operators, the government has taken the decision to lift the restrictions in the transport sector, and allow for full capacity in our domestic airplanes, taxis, trotros and buses”.

“The wearing of masks in vehicles and aircraft, and the maintenance of enhanced hygiene protocols, remain mandatory”, he added.

Mr Sarbah said the first meeting between the transport operators and the Ministry of Transport on Monday, 27 July 2020 about the fare reduction, “was inconclusive”.

“We were able to put certain measures in place. We agreed that the July 11 increment of 15 per cent was as a result of social-distancing in our vehicles. Once that has been waived and no longer in existence in our vehicles, it will be justified that something is done about the transport fares and we hope to do that as well,” Mr Sarbah said.

According to him, a taskforce has been set up to ensure compliance, once a consensus is reached.

“A taskforce is being formed so that immediately we are able to come out with the reduction of the transport fares, they will also take up their duties to ensure that all drivers comply,” he noted.

The first to make the call for a reduction in fares following the President’s easing of restrictions was the Chamber of Petroleum Consumers – Ghana (COPEC).

A statement signed by COPEC’s Executive Secretary Duncan Amoah, said what this directive means is that every revenue the commercial transport operators have been losing per trip, which the commuters have recently been forced to bear, as a result of a 15 to 30 per cent fare hike, has now been “restored in favour of our commercial transport operators” and, thus, the recent fare hikes “must and should be reversed forthwith.”

The Chamber said it takes cognisance of the fact that the period prior to the COVID-19 lockdowns and restrictions had fuel trading at GHS5.650/litre but due to a global fall in demand and its attendant effects on pricing, fuel prices dropped by over 30% to below GHS3.890/litre and has, in recent times, gone up marginally by a cumulative average of 16% to currently average 4.80/litre at the pumps.

COPEC argued that the fare hikes cannot be justified, in the current circumstances, by “the marginal fuel price increases” to, “ostensibly deny Ghanaian commuters the deserved reductions in transport fares”, “since the fuel price variance before and after the lockdown period remains a distant 10%+ to the commercial transport operators at this point.”

“We are, by this statement, calling on some of our major stakeholders in the transport sector, including the GPRTU, Concerned Drivers Association, Committed Drivers Association and the Ghana Road Transport Coordinating Council, to, immediately, without fail, ensure that transport fares are reversed by close of day tomorrow, not only to previous rates but a further 5% reduction, possibly on the previous rates before these recent increases since the fuel price variance, as of this point, remains positive by, at least, a further 12% from the pre-COVID-19 lockdown period.”