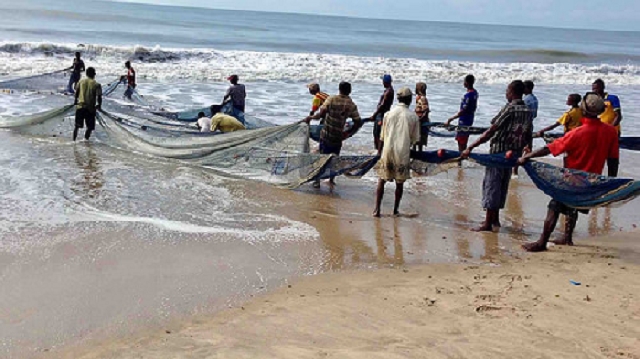 The petitioners said today, premix fuel is sold to middlemen, who, in turn, sell at exorbitant prices to the fishers

Some Ghanaian fishermen belonging to a group calling itself the National Inland Canoe Fishermen Council in the Pru East District, have petitioned the Minister of Fisheries over the irregular supply and distribution of premix fuel and the undue process of establishing landing beaches in that part of the country.

The fishermen said since 2017, the supply of premix fuel has been a very big challenge to the fishing communities within and along the environs of Volta Lake in the District.

They said there has always been a shortage of premix fuel to fishermen and boat owners, which has, in turn, led to the collapse of businesses of the fisher folk.

Currently, they said the situation has worsened, as the four-tankers-per-week supply has reduced to two in three months.

According to them, the distribution of premix fuel has always been on a survival-of-the-fittest basis, which, they noted, was “a clear violation of the intent of the government to supply subsidised premix directly to the fishers without any intermediary or middleman on the side of the government or the fishers.”

The petitioners said today, premix fuel is sold to middlemen, who, in turn, sell at exorbitant prices to the fishers.

For instance, they said a yellow gallon of premix fuel at the pump is sold at a subsidised price of GHS52 but through the middlemen, it is being sold at GHS270.

Another major concern they raised was the manner in which the landing beaches in the district have been, in their view, poorly constituted without due process.

The petition said: “The formation of the land beaches is backed by a Legislative Instrument and passed by the parliament of the Republic of Ghana (L.I. 2233) of 2016. Section 22 (1) sub-regulation (b) iv, is clear on the representative of the members that constitute the Landing Beach Committee”.

The petition said: “Moreover, the L.I.223 Section 22 regulation 1. States: the Committee shall, in consultation with a District Assembly (emphasis), establish a Landing Beach Committee,” but as a matter of fact, it is rather the District Assembly who claimed to have constituted the landing beaches without the knowledge of the Inland canoe and Fisherman Council”.

“The concern here is that the composition of these landing beaches is purely based on the individual interest of the leadership of the Assembly other than the larger interest of the fisher folks”, the group said.

The petitioners are suggesting that to help solve the perennial problem of fuel shortage and its ripple effects on the value chain, there be a regular weekly supply of the premix fuel instead of monthly.

They also appealed to the ministry to help take out the middlemen from the distribution and sale of premix fuel in the district.

In another suggestion, they called on the ministry to, as a matter of urgency, halt the establishment of the current Landing Beaches Committee and use due process to reconstitute them, which, in their view, can effectively manage the issues of premix in line with the core objectives of the L.I. 2233 of 2016.