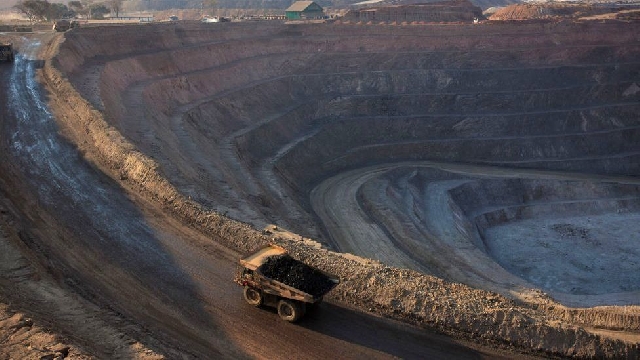 A British subsidiary of the mining firm Glencore has pleaded guilty in a UK court to corruption offences for the second time in the last two months.

It was accused of paying millions of dollars in bribes to secure access to crude oil in several African countries.

It found that bribes of over $28m (£22.8m) were paid via the Swiss-based firm's employees and agents.

The bribery charges stated that the firm's aim was for officials to "perform their functions improperly, or reward them for so doing, by unduly favouring Glencore Energy UK Limited in the allocation of crude oil cargoes, the dates crude oil would be lifted and the grades of crude oil allocated".

The mining giant has also pleaded guilty to corruption charges in the US and Brazil.

Glencore expects to pay up to $1.5bn (£1.2bn) in fines but is currently making record profits.

From sales of metals, minerals and agricultural produce, it says profits for the first half of the year will exceed $3bn (£2.4bn).

A British subsidiary of the firm formally pleaded guilty on seven counts of bribery in connection with oil operations in Nigeria, Cameroon, Equatorial Guinea, Ivory Coast and South Sudan on Tuesday in Southwark Crown Court.

The SFO said Glencore attempted to secure access to oil and make illicit profit across its oil operations in the five countries.

It also still faces investigations in Switzerland and the Netherlands.

Last month, the firm agreed to a $1.1bn (£900m) settlement in the US over a scheme to bribe officials in seven countries during the course of a decade.

It concerned the mining giant's operations in Nigeria, the Democratic Republic of Congo and Venezuela.

In May, when Glencore last pleaded guilty to seven counts of bribery, the SFO said it had exposed "profit-driven bribery and corruption" across Glencore Energy UK's oil operations in five African nations.

At the time, Glencore's chairman said "unacceptable practices" had taken place in relation to the bribery charges it pleaded guilty to at Westminster Magistrates' Court.

The company's agents and employees paid bribes worth more than $25m for preferential access to oil, with the approval of the company, between 2011 and 2016, the SFO said.