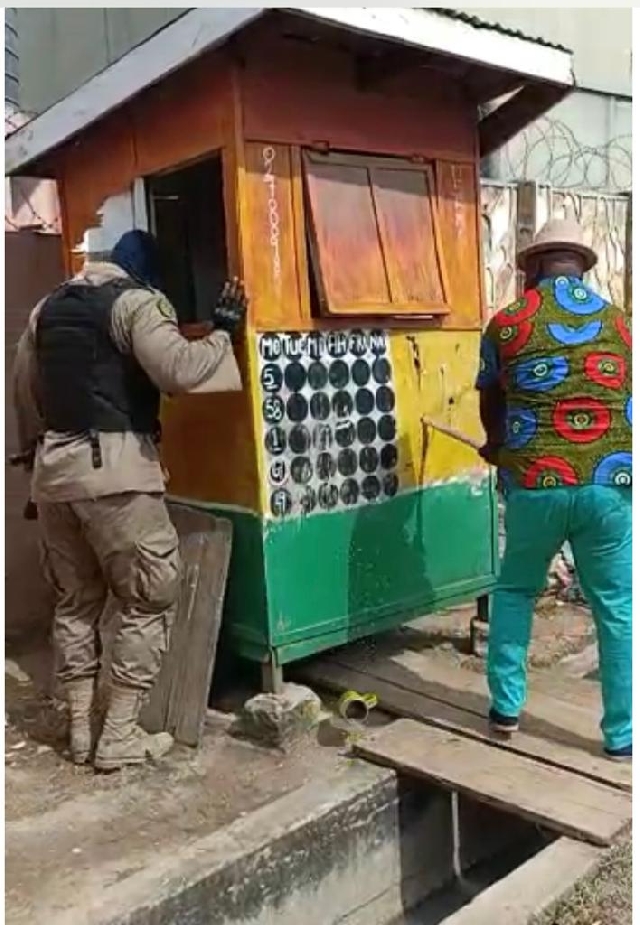 Vandelisation of a lotto kiosk beginning

The leadership of the Concerned Lotto Agents Association of Ghana (CLAAG) is accusing the National Lotteries Authority (NLA) of trying to collapse their business by sabotage and violence.

According to the lotto agents, some members of the security services are going round breaking lotto kiosks with the butt of guns, harassing and arresting some lotto agents and writers.

CLAAG wonders why agents and writers who are downstream workers, would be subjected to such ill-thought-out and callous actions no reason given.

According to a statement signed by the Executive Secretary of CLAAG, Kwaku Duah Tawiah, “It would be recalled that CLAAG had actually written to the NLA seeking audience to discuss matters affecting our operations, dispassionately.”

“Our said letter has not even been acknowledged for the audience to be granted us,” he noted and added: “By this action we are convinced that the NLA had a predetermined plan to frustrate us and prefers to tread the course of collision rather than to jaw-jaw.” 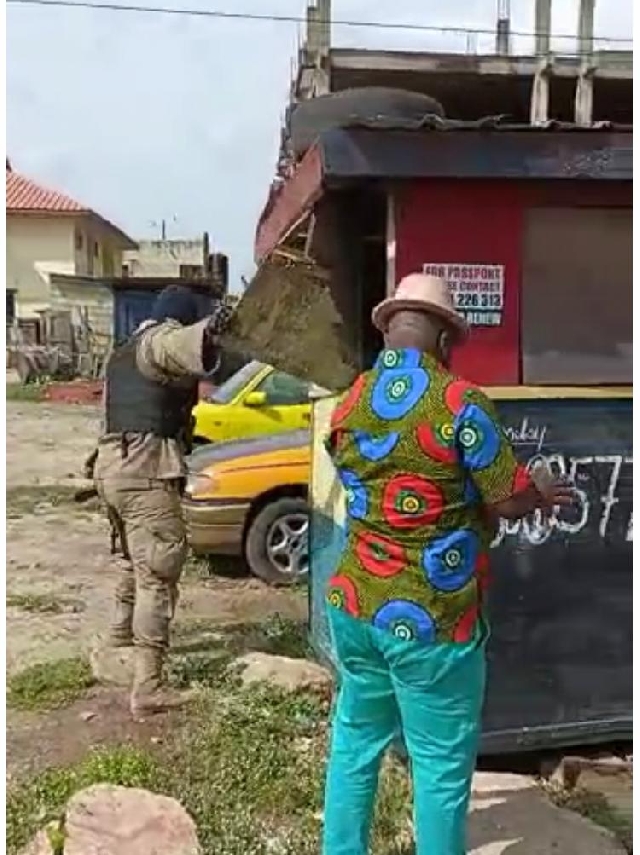 The statement alleged the ruling New Patriotic Party (NPP) government is directly involved in the harassment apparently masterminded by the NLA.

“This action by the NPP government through the board and management of NLA is rather insensitive and obnoxious especially coming at a time when unemployment is near an all-time high and the prices of goods and services have gone above the roof,” it said.

The statement further reported that lotto agents and writers through CLAAG had engaged NLA with a proposal to contribute funds towards government revenue in spite of all the current economic difficulties.

“Writers and their families are suffering untold hardships and strangulation as a result of the general economic malaise.

“One would have thought that government through the Ministries of Finance and Labour will quickly intervene to assuage the wicked economic strangulation being visited on lotto writers and agents by the board and management of NLA by the directive to already reduce our incomes via commission slashing, but alas, that is not to be.

“One wonders whether this is the same government that promised to create and sustain jobs as well as provide social safety nets for the poor and vulnerable. It is clear that the NPP is no friend of the lotto industry as similar treatment was meted out by the Osei Ameyaw administration, and now the Sammy Awuku administration follows same with this insensitivity to the plight of the suffering masses.

“We therefore safely conclude that the NLA action is borne out of the fact that this government is far removed from the governed.

“CLAAG will therefore like to use this medium to assure this insensitive government that the lotto fraternity will not sit down aloof while government functionaries including board members, management and security apparatchiks of the NLA continue to harass innocent citizens.

“There is a video going round with supposed National Security Operatives breaking even locked lotto kiosks. It is unfortunate that such wanton behaviour of NLA will take place under the reign of President Akufo Addo, a human rights activist and a champion in this democratic dispensation.

“The actions of the NLA is lending credence to rumours making the rounds within the lotto fraternity that NLA has engaged EDITEACH COMPANY to take over the operations of lottery in Ghana hence doing the bidding of the said company by eliminating us from the industry.

“We applaud our members who were attacked [for] exercising the maximum restraint thereby forestalling confrontation and possible gunshots/death to innocent Ghanaians.

“The leadership of CLAAG wants to assure lotto writers and agents across the length and breadth of the country that CLAAG will explore every legitimate means at its disposal to have this matter resolved hence members should continue to remain calm and law abiding as leadership activates the various processes,” the fiery statement went on.

“This action by the NLA is needless and [we] call on government to call the NLA to order,” it concluded.