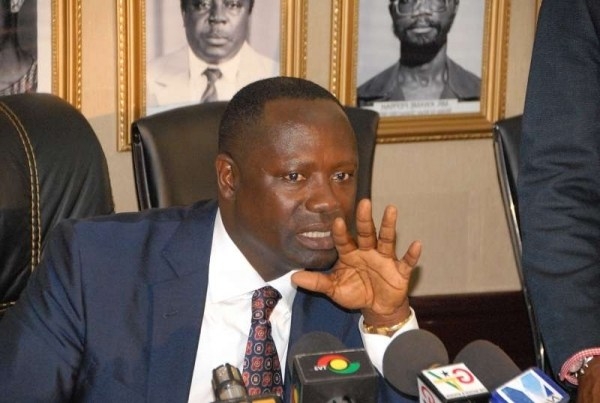 A former Energy Minister and MP for Ellembele Constituency, Mr Emmanuel Armah Kofi Buah, has described the Energy Minister's comments on the re-negotiated renewable energy contracts as an "old story", adding that the current government has made no investments in the sector.

Energy Minister John Peter Amewu, while addressing the parliamentary press corps after his engagement in Parliament on Thursday, 6 August 2020, said the Mahama administration was to blame for the “unnecessary imbalances in renewable energy independent power producers’ (IPPs) contracts,” adding that the current government had to intervene by re-negotiating those contracts to “to make sure tariffs became very competitive.”

In response, Mr Buah said: "How much investment has this government made in the area of renewable energy? That's all the theory you heard and this theory about re-negotiation of PPAs, I'm sure you heard it from year one".

He also asserted that Mr Amewu could not pinpoint how much progress the current government had made from investing in renewable energy after the erstwhile NDC government passed the Renewable Energy Act in 2015.

“Basically, this government has aggressively failed to pursue this policy. And, so, you ask him a question, he is unable to come here to tell you how much investment [they’ve made]. Where we left off is where we are,” he said.

The Renewable Energy Act was tabled to ensure that 10 per cent of the power is produced from renewable energy sources.

Mr Buah reiterated that: "In the last budget in 2019, the investment by the government of Ghana was zero. The only investment in our budget is from the African Development Bank and other external sources: the European Union and others. In fact, the only thing that was put in this budget was that they were going to ensure that the Flagstaff House will have solar panels. Even that, they couldn't achieve."

Mr Buah also explained that: "The reason why we failed to achieve universal access to electricity was clear: It was because remote communities that do not have access to the national grid can only have electricity through renewable energy sources."