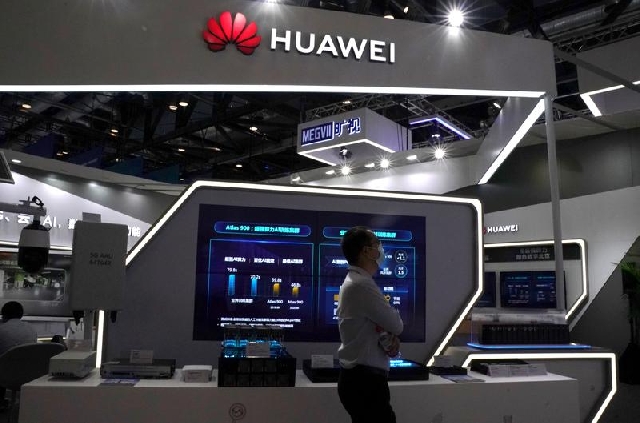 An obscure Hong Kong-registered company stands at the center of the U.S. criminal case against China’s Huawei Technologies and its chief financial officer.

U.S. authorities allege the giant telecom-gear maker used the firm to skirt American economic sanctions on Iran between 2007 and 2014. Huawei has said it sold the business in 2007 and denies any wrongdoing.

Now, Reuters has uncovered previously unreported links in Brazil between Huawei and the company, Skycom Tech Co Ltd, that could offer support to the U.S. case against the tech giant and Meng Wanzhou, its chief financial officer and daughter of its founder. Corporate records filed with the state of Sao Paulo in Brazil show that Huawei and Skycom were closely intertwined there for five years after Huawei disposed of its shares in Skycom in 2007.

Until late 2007, two other top-level Huawei executives also had close ties with Skycom, corporate records filed in Brazil and Hong Kong show. Both men - Ken Hu and Guo Ping - currently are deputy chairmen of Huawei and serve on a rotating basis as the company’s chairman. Guo now has the chairman’s role.

The criminal case is part of a multifaceted, global campaign by Washington to check the power of Huawei, a front in America’s broadening cold war with China. The United States has been lobbying allies to avoid using Huawei equipment in their next-generation mobile telecommunications systems, known as 5G. Washington argues China could use the technology to attack critical infrastructure and compromise intelligence sharing. Huawei and China have strenuously denied this.

Huawei’s relationship with Skycom is central to the high-profile U.S. criminal case. A U.S. indictment alleges Huawei controlled Skycom and used it to violate American sanctions by obtaining embargoed U.S. computer gear in Iran. Huawei and Meng have maintained that while Huawei once owned Skycom, the firm later became in effect an arms-length business partner. In a recent court filing related to the case, however, Meng’s lawyers acknowledged that Huawei “exercised a level of control over Skycom.”

The information newly uncovered by Reuters buttresses the U.S. case by establishing that Huawei’s control over Skycom was even stronger than American prosecutors have asserted. Corporate records show that two additional Huawei executives ran a company that owned Skycom - not just Meng, the sole executive named by prosecutors. Records also show that Huawei’s control of Skycom extended to Brazil, not only Iran, and lasted through the period of the alleged sanctions violations, long after the Chinese tech giant claims it sold its 100% stake.

Until now, only Skycom’s business activities in Iran have received public attention. But the company records filed in Sao Paulo show that Skycom also had a little-known presence in Brazil between 2002 and 2012.

The records show that Hu was based in Sao Paulo in May 2002 when Skycom acquired a small stake in Huawei Brazil, where he was then a manager. Hu’s LinkedIn profile states he also was president of Huawei’s Latin America region around that time.

Hu later left Brazil, but he established another link to Skycom. Hong Kong company records show that in 2007, Hu and Guo were directors of a Huawei affiliate, Hua Ying Management Co Ltd, that owned Skycom. Hua Ying transferred its shares in Skycom to another company that year. Meng was listed at the time as Hua Ying’s corporate secretary.

Documents filed by American authorities in the U.S. criminal case describe the share transfer as essentially a sham transaction and that Huawei continued to control Skycom as “an unofficial subsidiary.”

Last year, the U.S. Department of Commerce added Huawei and scores of its affiliates, including Hua Ying, to its so-called “Entity List.” That move restricted sales of U.S. goods and technology to Huawei. Washington said the affiliates “pose a significant risk of involvement in activities contrary to the national security or foreign policy interests of the United States.”

Hu, Guo and Meng are currently listed as the three directors of Hua Ying in the Hong Kong companies registry.

Hu, who is also known as Hu Houkun, and Guo aren’t named in the U.S. criminal case. Their links to Skycom and its activities in Brazil haven’t been reported before.

Huawei’s close links to Skycom in Iran after the purported 2007 sale have been previously documented by Reuters. The Brazilian documents, filed with the Sao Paulo companies registry, show the extent to which Huawei and Skycom also continued to be closely linked in Brazil for five more years.

For example, in July 2008, Huawei Brazil’s two shareholders at that time – Skycom and a Huawei affiliate called Huawei Tech Investment Co Ltd – each appointed the same Chinese person to represent them at Huawei Brazil. The documents also show that Meng, who was then serving on the boards of both shareholding companies, authorized the appointments.

Indeed, during Skycom’s decade as a shareholder of Huawei Brazil until 2012, Skycom was always represented in the Brazilian company by people who were also representing Huawei’s interests, the documents show.