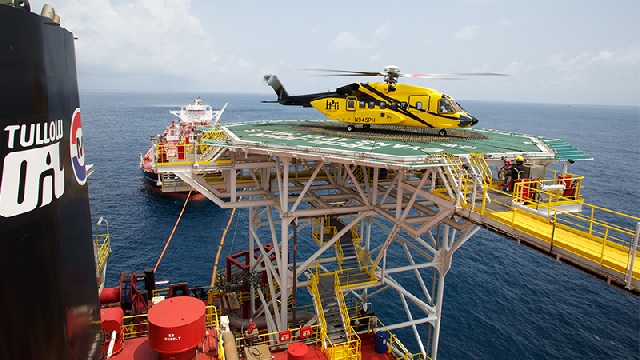 Tullow Oil plc (Tullow), in its latest update on its ongoing operations and expectations for the full year, has said its Group net working interest production averaged c.61.8 kboepd to end October 2022, in line with guidance.

Mr Rahul Dhir, Chief Executive Officer, said: “In the first 10 months of the year, Tullow has delivered on its operating and financial targets as we successfully deliver our business plan despite the disappointment of the two strategic Ntomme wells. Our producing assets continue to perform well, in line with expectations, and as a result we have narrowed our full year production guidance to 61-62 kboepd. We continue to strengthen our balance sheet, with free cash flow guidance for 2022 increased to $250 million and gearing on track to be less than 1.5 times by the end of the year.”

Continued strong operating performance since Tullow took over Operations & Maintenance of the Jubilee FPSO, with uptime of over 98%.

Two wells have been brought onstream this year; a new Enyenra producer and a previously drilled Enyenra water injector, helping to offset natural decline in the Enyenra field.

The second of the two wells drilled in the Ntomme riser base area (Nt11-P) found poorer than expected reservoir quality and did not encounter economically developable resources.

The Joint Venture (JV) partners continue to evaluate the results of these wells to optimise future drilling plans on the TEN fields.

Production to end October from the non-operated portfolio was c.17.1 kboepd net to Tullow, and guidance for the full year remains c.17 kboepd.

In Gabon, the Wamba discovery well has been tied back to the Tchatamba facilities in September and will now undergo a long-term well test.

The well is currently producing c.2 kbopd gross, of which Tullow has a 25% share. In Côte d’Ivoire, a 45-day shutdown of the FPSO at the Espoir field is underway to carry out cargo tank maintenance and remediation work, which is required for vessel class certification.

Tullow continues to engage with the operator, CNR International, to define the appropriate longer-term course of action for the FPSO.

The process to secure a strategic partner for the development project in Kenya continues to make progress. Tullow and its JV partners are seeking an extension of the Field Development Plan (FDP) review period, while constructive discussions with the Energy and Petroleum Regulatory Authority of Kenya and the Ministry of Energy and Petroleum are ongoing.

In Côte d’Ivoire Block CI-524, Tullow, together with JV partner PetroCi, continues preparations for an exploration well. CI-524 presents a unique opportunity to realise operational synergies due to its proximity to Tullow’s producing fields and to leverage Tullow’s experience of the Tano Basin.

In Gabon, Tullow, together with JV partner Perenco, have focused on maturing the prospective resource base within the Simba licence, where several low-risk and compelling investment options adjacent to infrastructure have been high-graded for near-term drilling programmes.

As a result, full-year free cash flow guidance has been increased to c.$250 million, subject to year-end working capital movements, assuming an average oil price of $95/bbl for November and December. Balance sheet strengthening is on track to achieve cash gearing2 of less than 1.5x by year-end.

A number of the Group's strategic and operational initiatives remain ongoing and are expected to evolve throughout the coming months.

As a result, Tullow has decided to defer its previously announced Capital Markets Update until 2023, with a revised date to be confirmed, where it will be able to provide an update on the company’s strategy and outlook to investors.