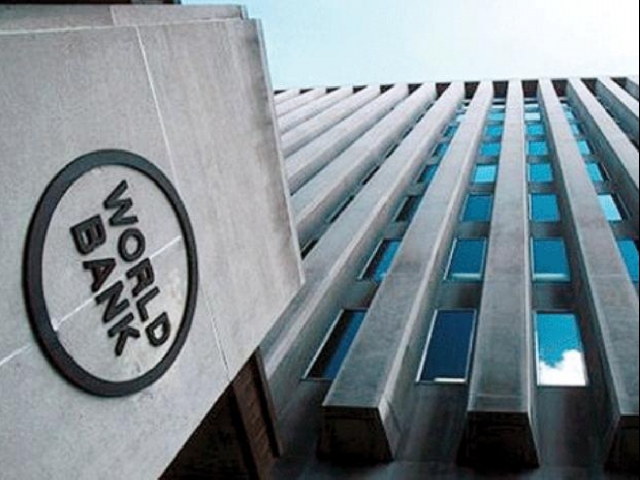 The World Bank says it has not provided any financing or guarantees to the Independent Power Producers (IPPs) to cover Power Purchase Agreements with the Government of Ghana.

It also said it had not made financing or guarantees to Independent Power Producers (IPPs) to cover Power Purchase Agreements with the Electricity Company of Ghana during the (Dumsor) energy crisis in 2014-2016.

A statement issued by the World Bank, copied to the Ghana News Agency, said to secure Ghana’s energy future, the World Bank rather supported the Energy Sector Recovery Plan (ESRP) of the Government of Ghana for affordable and reliable electricity supply and enhance the accountability in the energy sector.

It said the ESRP mandated the rationalisation of gas and power purchase costs in line with the demand and approved the procurement of energy supply as well as service contracts in a competitive manner.

“The implementation of this policy will be essential to ensure that new power generation capacity is procured competitively and transparently based on the most cost-effective basis.

“This will prevent a recurrence of over-supply of generation capacity in future,” it said.

The statement further indicated that the World Bank Group provided financing and a guarantee to the Sankofa Gas Project, which since 2019 had increased the availability of natural gas for power generation by leveraging private capital investment and promoting a cleaner energy mix.

“The World Bank is committed to support Ghana in its efforts to sustain economic growth, accelerate poverty reduction, and enhance shared prosperity in a sustainable manner,” according to the statement.

The statement comes after a former CEO of the Ghana National Petroleum Corporation (GNPC), Mr Alex Mould, said the Mahama government gave World Bank-backed guarantees to four independent power producers (IPPs) to be built in Ghana during the period of the energy crisis.

“What people don’t know is that the World Bank supported the government of Ghana to support four IPPs to be built mainly because they needed guarantees for the off-takers of the ENI-Sankofa-Gye Nyame gas”, Mr Mould told Eugene Bawelle on Class91.3FM’s current affairs programme ‘The Watchdog’ on Saturday, 20 February 2021.

He said because the World Bank “had given Ghana $750 million in terms of guarantees to guarantee the ENI-led Sankofa-Gye Nyame gas project, one of the conditions was that we would either build a pipeline or do the convertibility so that the gas can go from the west to the east and we would have off-takers – IPPs that are ready to take the gas”.

“And, as such, they supported Ghana to give what we call a Government Support and Consent Agreement to these IPPs for them to be able to take to their financial institutions to say that: ‘We have a guarantee from the Ghana government which is backed by the World Bank; and, as such, they were able to get the financial decision to build these plants”, he explained.

“That is what we have to understand; that there was a reason for these plants to be built”, he argued, noting: “It wasn’t like these guys came willy-nilly, they had a PPA, they went to their banks, they got financial [support] and now we are saddled with that. No”.

The Daily Guide newspaper recently reported that a source at the Finance Ministry said the government of Ghana has, so far, had to pay GHS12 billion as the cost of excess energy capacity charges inherited since 2017 by the Akufo-Addo government from the Mahama administration due to the ‘Take-or-Pay’ PPAs signed by the Mahama government in dealing with the dumsor.

The government says the country pays over US$500 million a year for unused electricity, since most of the PPAs were an ‘uncoordinated and hasty’ attempt to end dumsor.

In April 2019, Danquah Institute founder Gabby Asare Otchere-Darko, the governing New Patriotic Party (NPP) inherited “financial and legal burdens” in the power sector, “as a result of National Democratic Congress’ strange decision to agree to over 7,000 of excess capacity contracts”.

According to the cousin to President Nana Akufo-Addo, the NPP government “saved Ghana over $7 billion that we otherwise would have paid because John Mahama decides to sign us on for power we had to pay for even though we would never get to use”.

In his write-up, Mr Otchere-Darko said as of the end of 2016, the Electricity Company of Ghana (ECG) “had signed 14 Power Purchase Agreements (PPA), which were operational with a combined capacity of 1104MW”.

He said another 18 PPAs were signed by ECG with a combined capacity of about 6,000MW and 8 PPAs were under discussions with a total capacity of 2116MW.

“This, in addition to existing generation capacity from hydro, the VRA plants at Aboadzi and Tema; and the TICO plant, will result in a total installed capacity of about 11,000MW if the committed capacity were all deployed. This will by far be more than the current peak demand of 2400MW. Even at an annual growth in demand of 10%, our country will not be able to utilise this capacity in two decades”, Mr Otchere-Darko wrote.

In his view, “the over-contracting of capacity imposed serious financial and legal obligations on the government and power consumers”.

To address these, he said the Ministry of Energy tasked a Committee led by the Energy Commission to review all PPAs signed by the Electricity Company of Ghana (ECG) for conventional thermal power projects.

The Committee, he noted, “reviewed 26 out of 30 PPAs ECG had initiated. The other four were not reviewed because they were already operational. The combined generation capacity of the 26 PPAs reviewed amounted to 7,838MW”.

Mr Otchere-Darko said the “review noted that the projected capacity additions from the PPAs were far in excess of the required additions inclusive of a 20% system reserve margin from 2018 to 2030 and would result in the payment of capacity charges for the dispatched plants”.

The review recommended that:

I. 8 PPAs with a combined capacity of 2070 were to proceed without modification;

IIII. 11 PPAs with a combined capacity of 2,808MW were to be terminated.

He noted that the government stood to make “significant savings from the deferment and/or termination of the reviewed PPAs”.

“The estimated cost for the termination is $402.39 million, compared to an average annual capacity cost of USD 586 million each year or a cumulative cost of $7.217 billion from 2018 to 2030. This yields an estimated saving of $6.8 billion over the 13 year period”, Mr Otchere-Darko asserted.

The International Court of Arbitration recently awarded a cost of $134 million against the government of Ghana in connection with the termination of one such PPAs – GPGC Limited.

The court, in its ruling, ordered the government to Ghana to pay to “GPGC the full value of the Early Termination Payment, together with Mobilisation, Demobilisation and preservation and maintenance costs in the amount of US$ 134,348,661, together also with interest thereon from 12 November 2018 until the date of payment, accruing daily and compounded monthly, at the rate of LIBOR for six-month US dollar deposits plus six per cent (6%).”

The Government of Ghana will also pay an amount of “US$ 309,877.74 in respect of the Costs of the Arbitration, together with US$ 3,000,000 in respect of GPGC’s legal representation and the fees and expenses of its expert witness, together with interest on the aggregate amount of US$ 3,309,877.74 at the rate of LIBOR for three-month US dollar deposits, compounded quarterly” to GPGC.

In his interview, however, Mr Mould insisted that the Mahama administration did not just enter into PPAs for their sake. “The Ghana government supported these IPPs because it was one of the World Bank’s stipulations and for the World Bank to stipulate that they put their money where their mouth was, they backed these IPPs to be built in Ghana, I am surprised that the World Bank is so quiet about these issues”.

“I am surprised and I’m just hoping and I know, when we come back, we will be able to deal with them so they deal with us the same way they are dealing with the NPP”, he noted.

“They [World Bank] should come out and tell the people of Ghana that: ‘Yes’, they were behind us getting these IPPs built. They supported us because they did the analysis and they realised that we needed this power in the country”, he argued.

“They supported it not only with their mouth, but they supported it by giving government the requisite support we needed, financially, to get these plants built. There were more than four plants which applied, maybe about eight plants that applied but the World Bank said: ‘We would only give approval for four’. Amandi, Trafigura one and two others”.

Mr Mould also disputed the claim that Ghana has been paying some $500 million per year for the excess capacity.