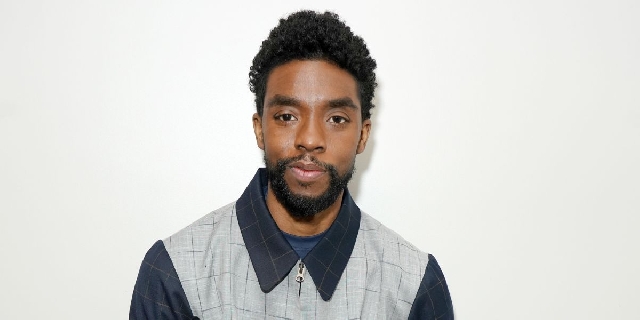 Chadwick Boseman has shown, without saying a word, that he's just about tired of doing the now-iconic "Wakanda Forever" salute, as shown in the record-breaking film Black Panther. Most recently, the actor explained that not even an attempt to disguise himself in a foreign country has helped him escape the gesture.

During an appearance on The Late Late Show With James Corden, Boseman said that, due to the massive success of the Marvel film, he is now recognized, non-stop, everywhere he goes — even when he is incognito.

"We were in Chiang Mai [Thailand], and they were doing a water festival," he explained when asked where was the strangest place he has been recognized. "At the same time, there was a lot of pollution in the air at that time so people were walking around with masks on to protect themselves from pollution. So, we were walking around at this festival market, and I'm gonna wear a mask so I can enjoy things and people not notice me."

The actor added that, despite his best efforts to cover most of his face, the locals still recognized him, with many greeting him with the famous Wakanda salute.

"I had like a hat on, a hood on," he said. "People would see me and go (demonstrating the gesture). Just from that, they could tell who I was, and I was like, 'Oh my God!'"