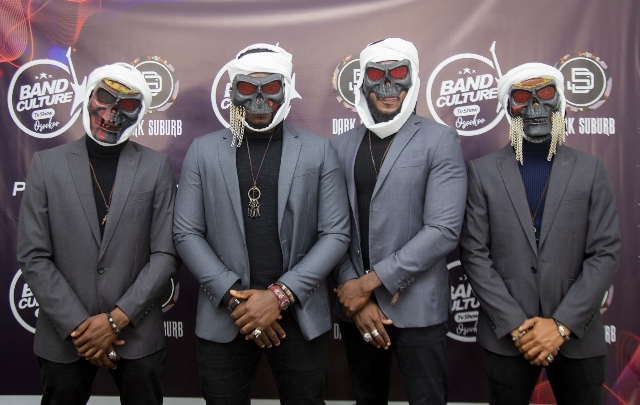 Popular rock band, Dark Suburb in partnership with Awake Television has rolled out the maiden edition of its Band Culture TV reality show.

The Band Culture reality show is a live band music competition which will create the platform for 12 talented groups of bands to exhibit their craft and also compete among themselves for a wholesome price of GHS50, 000, as a way of promoting live band music in Ghana.

At the launch of the event in Accra on 2 July 2020, the lead singer of Dark Suburb, Kanka Bizin indicated that the reality show seeks to groom and promote talents from the slum communities.

“There are lots of people in the slum that will go far when given the opportunity. We want to give opportunity to those who would love to be musicians. We’re not focusing on just musicians but a team of instrumentalists who’ll exhibit their talent,” Kanka Bizin stated adding that the show will revive live band music.

Additionally, the reality show is expected to project live band from Ghana internationally and promote Ghanaian culture and tourism.

“I believe the reality show will affect the environment and tourism as well. Talking about it affecting tourism, we have a dream of introducing a festival in Ghana called the Festival of Bands but we can’t do it all alone that’s why we’ve come up with this reality show to build other bands,” Kanka Bizin said.

“We are still learning musically but the more we learn, the more we know. We are preaching the need to add our culture to music and that’s why there’s the need to promote bands in Ghana,” he stated.

Dark Suburb is a rock music band from Ghana that picks inspiration from a culture of masquerades, and thus have positioned their brand image around masking their faces, while producing rock music, infused with African rhythms.

They are widely known across Africa for wearing skeleton masks as a symbol of humanity, regardless of sex, race or social status.

The band is made up of evolving “masked” characters, based on ancient African culture.

They are well known for producing songs like Kelewele, Ego Be Someday and I dey feel you die among others.