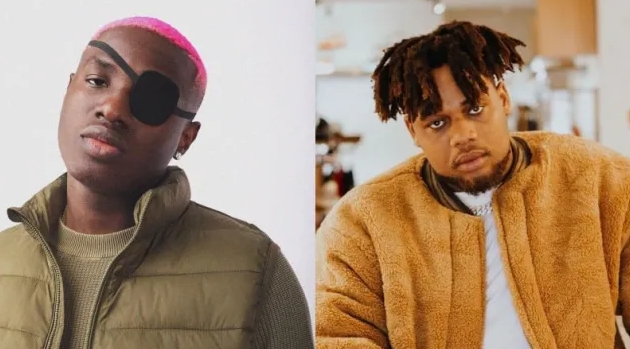 Nigerian artistes Ruger and BNXN, formerly known as Buju, in their social media feud have drawn attention to what is being called ‘a streaming farm’.

On Wednesday, November 23, 2022, Ruger popular for his sexually-charged lyrics and mysterious one-eye patch tweeted a riddle apparently intended to ridicule an unnamed rival artiste, whom he accused pays social media influencers to bombard online audience with his music, good or bad.

“I am something. For years now, I have forced my songs down people’s throat whether [it is] sweet or not, by too much ads or by paying every influencer to make noise about a song they don’t even like. Or by speeding my song on TikTok. What am I?”

About 40 minutes after, BNXN also tweeted: “Be organic or get the f*** out of my face!! How you got a million views and less than 5k on Spotify? Are you whining [trying to fool] me? You’re top of the charts and you’re not choking me in the streets like Asake? Just TikToks? Are you silly?”

That same night, the ‘Kilometre’ hitmaker charged: “There are streaming farms in Nigeria now. A room where your label bosses pay money to get your songs up by automation, no real fans, no real people, just a façade. [You all] make the people who really work for this bleed and your day is coming.”

Nigerian rapper Blaqbonez has also commented on the allegation, highlighting how the said scheme lays to waste effort by artistes who genuinely work to increase their fanbase and online engagements for their music.

“It’s actually so painful [that] you [will] hustle [work hard to] push [market] your [music while] some [people use] money [to] buy [positions] on the [music] charts. [The] same men [will] come out [to] give God credit. Lmao. Continue,” he tweeted sometime after BNXN’s.

In another tweet, he warned that all artistes using “streaming farms” will “be exposed soon” just like imprisoned Nigerian scammer and money launderer “Hushpuppi.”

To this, Nigerian music superstar Yemi Alade responded: “Never saw a ‘realler’ tweet. Somebody please frame this tweet for me. I want to hang it on my wall.”

Basically, a streaming farm is reportedly a worldwide payola system created by music executives who play middlemen between digital platforms and artistes, management and record labels.

This is how it works: Music makers hold a meeting with said middlemen who engineer hundreds and millions of streams on music online platforms to create an impression of popularity and success for said music makers.

The streaming numbers are gathered either by engaging online robots which mimic human activity, manually streaming a particular song or video by use of multiple devices or both.

The artiste or his management pay for this service.