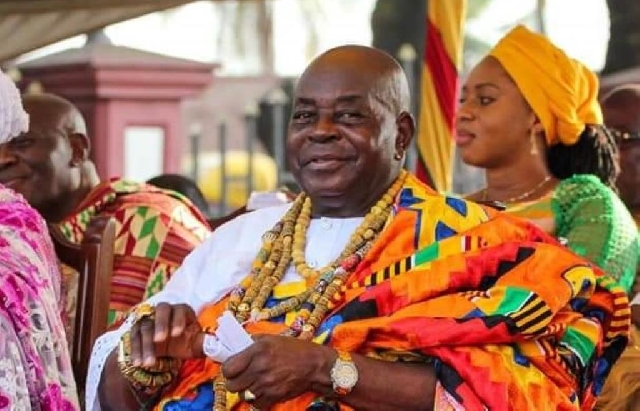 Some residents of Anlo on Thursday, 15 October 2020 attempted serving the Awoamefia of Anlo, Togbe Sri III, with an eight-day interlocutory injunction from the Ho High Court to bar him from contesting the presidency of the Volta Regional House of Chiefs.

The court issued the injunction on 9 October 2020. 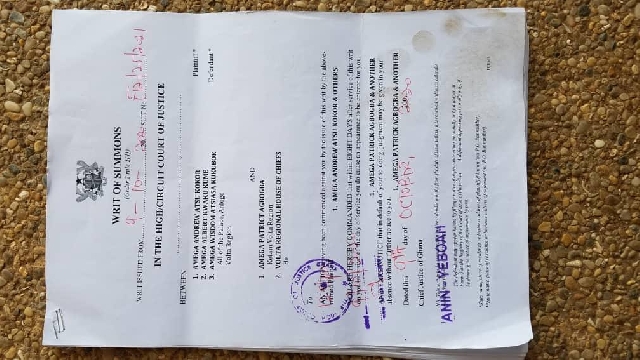 According to the plaintiffs, Togbe Sri III “managed to get himself to be made the Awoamefia of the Anlo state” even though he does not qualify.

They explained that the last Awoamefia, Togbe Adaladza II, died in 1998 and the stool was rendered vacant before Togbe Sri III occupied the position.

“The Awoamefia stool rotates between two clans – the Bate Clan and the Royal Adzovia Clan.

“Togbe Adaladza II was from the Bate Clan so the next Awoamefia must come from the Royal Adzovia Clan.

“The Royal Adzovia Clan is made of three distinct gates, but the first respondent [Togbe Sri III, cited as Amega Patrick Agboba] does not hail from any of the three gates.

“Nevertheless, the 1st respondent managed to get himself to be made the Awoamefia of the Anlo state,” the document detailed.

The document further stated that representatives of the Royal Adzovia Clan presented a petition against him, but to no avail.

Contempt charges were also pressed against him.

“But still, he soldiers on, defiant, that he is the Awoamefia, and even dares to contest elections to become the President of the Volta Regional House of Chiefs,” the document added.

Togbe Tepre IV of Anfoega emerged as the new president of the Volta Regional House of Chiefs at the end of the poll.

Out of a total of 52 votes, Togbe Tepre, who was the Vice-President to the then-Soglo Alloh IV (now part of Oti) polled 34 votes and Togbe Sri got 18 votes.