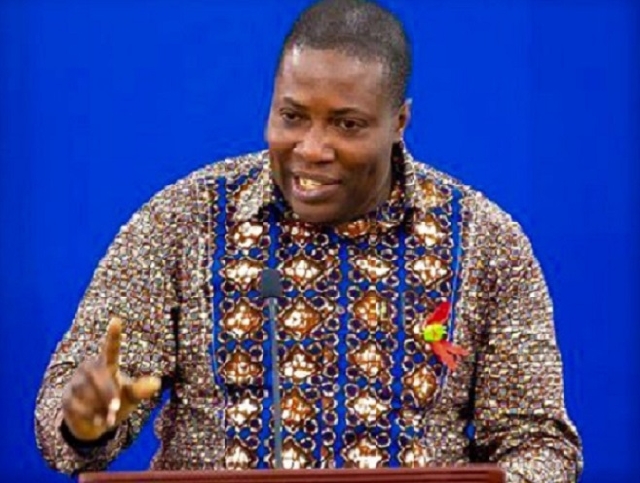 The Programme Manager of the National AIDS & STI Control Programme (NACP), Dr Stephen Ayisi Addo, has urged young people to be measured in their celebrations during this Yuletide in order to minimise the risk of HIV transmission.

He explained that the NACP was aware that during festive occasions, young people tended to engage in risky behaviour such as having unprotected sex and taking alcoholic beverages which exposed them to the condition.

“During festive occasions, people indulge in substances such as alcohol.

Alcohol intake has a high impact on HIV transmission because it affects a person’s clarity of thought. When anybody takes alcohol, it causes something called disinhibition, so the tendency for people to engage in unprotected sex is high.

If you are even aware that using condoms is safe, once you are intoxicated, you may not even be able to wear the condoms well,” he emphasised.

Dr Ayisi-Addo gave the advice during an interview with the Daily Graphic in his Christmas message to Ghanaians.

He said Christmas was not about taking risky behaviour but rather a time for sober reflection, a season for life, hope, redemption and for sowing the seed to curtail their lives.

“Celebrating Christmas is celebrating life. If there is anything we need to focus on and make our priority this Christmas, it should be anything that will enhance our lives, that will give us hope and a reason for survival.

On this occasion, we need to do anything to minimise all behaviour and risks that will limit our lives,” he pointed out.

He mentioned the things that limited life as diseases and illnesses, adding that the Ghana Health Service and the Ministry of Health were doing everything possible to prevent important public health conditions such as HIV, tuberculosis, malaria and polio.

He disclosed that currently in Ghana, about 330,000 people were living with HIV.

Expressing concern about the figures, he said there was the need to reduce deaths due to HIV, adding that by the end of 2020, 90 per cent of Ghanaians were expected to know their HIV status and for 90 per cent of all those who tested positive for HIV to be put on life-saving anti-retroviral treatment.

He, therefore, encouraged all to take advantage of health facilities closer to them to go and test to know their HIV status.

“In the coming year, if we can have viral suppression, then there should be zero stigmatisation of people living with HIV/AIDS.

The reason why people are afraid to know their HIV status is because they are afraid that people will not treat them well.

Let us take the inspiration of Christmas to treat people well. Let’s use this occasion to show love to people who have HIV.

Let’s open up about the disease and those who have the condition should get treatment.

Let’s also extend a hand to orphans of HIV,” he urged in his Christmas message.