Man wakes up to find burglar sucking his toes 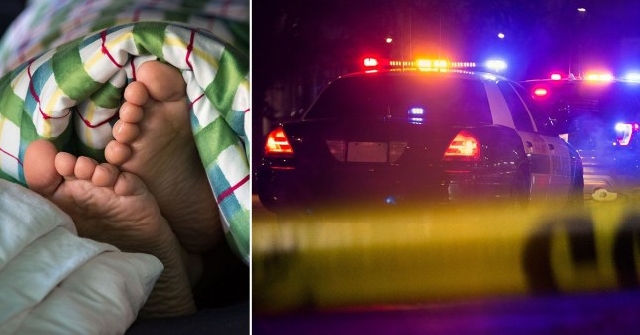 The foot fetishist remains at large

A man has been traumatised after waking up in the middle of the night to find a burglar sucking his toes.

The victim, 20, told the intruder that he didn’t have any money – but the man responded that he didn’t want cash, just wanted ‘to suck toes’, according to a police report.

They began to fight, with the suspect claiming he would pull a gun from his pants and grabbing his genitals as if to do so. Thankfully he didn’t pull out a gun, and the victim managed to push him outside.

After leaving, the man smashed the victim’s car windscreen and then fled, Brandenton Herald reported. Police were called to the scene in Bradenton, Florida, on Christmas Eve and brought dogs in the home of tracking down the foot fetishist.

However, they have not yet made any arrests. They took swabs of DNA from between the victim’s toes to try and find him, but have not yet come up with any matches in a database. No similar cases have yet been reported.