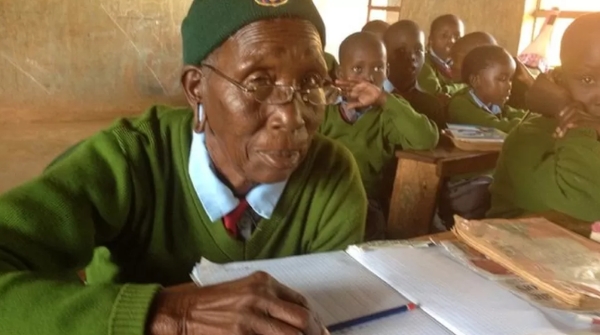 Priscilla Sitienei lived through her country's struggle for independence

A 99-year-old woman, believed to be the world's oldest primary school pupil, has died peacefully at home in Kenya, her grandson has told the BBC.

She, and her 12-year-old classmates, had been preparing for final exams set to start next week.

Ms Sitienei's story inspired a film and praise from the UN's culture and education agency, Unesco.

She grew up in a Kenya occupied by the British and lived through her country's struggle for independence.

She told Unesco last year that she wanted to motivate young mothers to return to school.

"I wanted to show an example not only to them but to other girls around the world who are not in school, without education, there will be no difference between you and a chicken," she said.

She joined Leaders Vision Preparatory School in 2010, but also served her village of Ndalat in the Rift Valley as a midwife for more than 65 years.

She had even helped deliver some of her own classmates, who were then aged between 10 and 14.

Affectionately known as "Gogo", which means grandmother in the local Kalenjin language, she told the BBC in 2015 that she was finally learning to read and write - an opportunity she never had as a child.

She often confronted children who were not in school and asked them why.

'Her message lives on'

At first the school turned her away but soon understood how committed she was to learning.

Her story was told in a French film titled Gogo, which opened an opportunity for her to visit France and meet first lady Brigitte Macron. 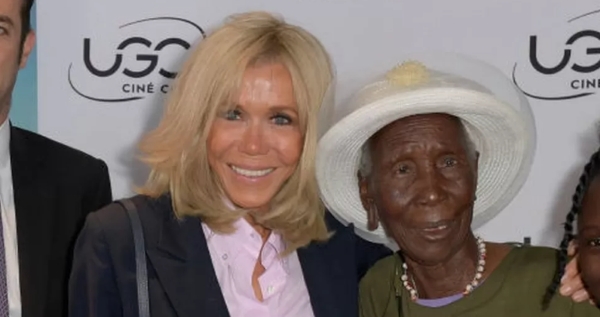 Photo: Brigitte Macron (L) and Ms Sitienei during the premier of a film about the nonagenarian's life

The film's co-writer Patrick Pessis paid tribute on Twitter: "Her message about girls' education lives on."

The current record for the world's oldest primary school pupil in the Guinness Book of Records is held by another Kenyan, the late Kimani Maruge.

The BBC has contacted the record keepers to see if they will be updating their records.