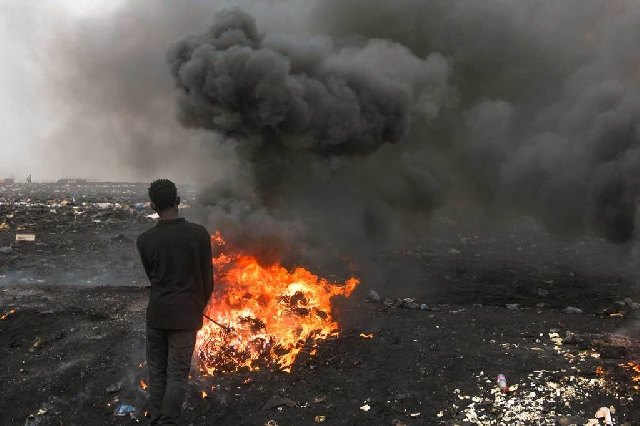 A study published in the British Journal of Ophthalmology has revealed that exposure to air pollution increases the risk of blindness in older adults. The study found that small increases in air pollution contribute to the occurrence of age-related muscular degeneration (AMD), a condition that causes irreversible blindness.

“There is an enormously high flow of blood [to the retina] and we think that as a consequence of that, the distribution of pollutants is greater to the eye than to other places,” said Paul Foster, professor at the University College London and a researcher behind the study. “Proportionately, air pollution is going to become a bigger risk factor as other risk factors are brought under control”, he added.

Dangers of Air Pollution in Ghana

A research work published by the Journal of Environmental and Public Health has noted that Ghana’s rapid economic growth appears to have influenced gradual increases in air pollution.

The research work authored by Stephen T. Odonkor and Tahiru Mahami is titled “Knowledge, Attitudes, and Perceptions of Air Pollution in Accra, Ghana: A Critical Survey”.

According to WHO, more than 28,000 deaths are attributed to air pollution in Ghana annually. The WHO further reports that the annual mean level of PM also known as the particle pollution in Ghana as of 2016 was 31.1 μg/m3 which far exceeds the recommended annual guideline of 10 μg/m3. This gives an indication of the growing poor air quality in Ghana and its repercussions on human health.

“A study on the health of women trading at Agbogbloshie market (near a large e-waste recycling site at Accra, Ghana) found that majority of female traders showed symptoms of sore throats, cough, colds, and persistent sneezing among other respiratory health-related problems. Apart from these market women, street hawkers and vendors who trade along major traffic-prone roads throughout Accra are equally exposed to air pollution from heavy car traffic as well as the drivers themselves”, the research said.

Several studies have linked exhaust from vehicles which is one of the leading causes of air pollutions in Ghana’s urban communities with premature fetal loss and respiratory diseases.

According to the study, of the 1404 respondents, majority confirmed vehicular exhaust as the main cause of pollution in their communities followed by smoke from dumpsites. Exhausts from vehicles contain a considerable amount of particulate matter which is the commonest component of air pollution.

The study noted that it would be very complicated for Ghana’s government to reduce the use of vehicles in Accra since it is the capital and a central trading hub.

The study, however, suggested measures that will check faulty vehicles and ways to repair or getting rid of them. “This is because faulty vehicles with worn out engines and poor fuel monitoring system have increasing emissions of pollutants into the atmosphere as compared to those in good conditions”, it added.