Bawumia embodies our best shot in 2024 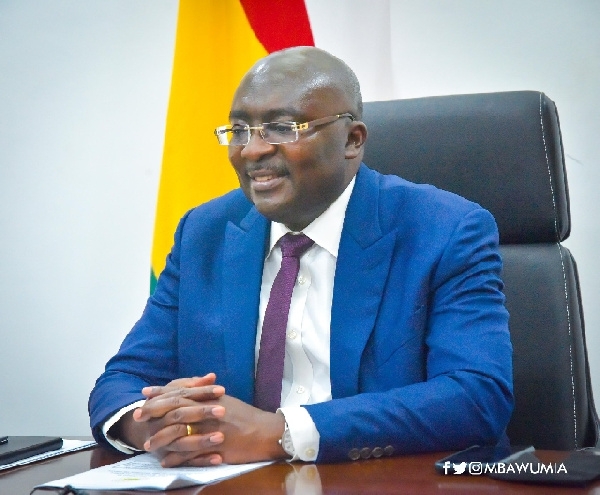 In continuity, we will demonstrate the unique strengths and the added advantage of the candidature of Dr. Mahamudu Bawumia to the NPP’s electoral fortunes as far as the 2024 general election is concerned.

One of the greatest assets and strength to the candidature of Dr. Mahamudu Bawumia is his beloved and awe-inspiring spouse, Alhajia Samira Bawumia, who has over the years proven to be a rock around not just his success but also to the NPP and its electoral fortunes. Again, rarely do we see wives of Presidential candidates or their running-mates engage in the rigorous grassroot politicking as being done by Alhajia Samira Bawumia. Her strong appetite for grassroots politics has seen her traverse every part of our country and engage with rural and urban dwellers especially amongst the minority settlers canvassing for votes for our party Parliamentary and Presidential candidates.

She is eloquent and has mastery of political communication which she has consistently deployed to move crowds on bigger campaign platforms – an example of such a trait is her “we see you” speech at our last rally at the Trade fair Centre in the crucial 2016 elections which shook the foundations of the NDC and electrified the political atmosphere at the time. She will offer impetus to a Bawumia ticket which will be useful to the party going forward as it has been the case with past elections.

With respect, never has our nation witnessed the kind of vibrancy, teamwork and activeness of any Vice President at least in the 4th republic as we have seen with Dr. Mahamudu Bawumia. His creative thinking and innovation in driving policies that seeks to place Ghana at a competitive edge among her peers is admirable. It will amount to incompetence to latch him with failure as far as the delivery of our economy and other social policies are concerned. He is largely credited with leading the government’s efforts in formalising our economy through digitalization.

Though Ghana is not yet there, however, we are certainly better-off than we were yesterday due to some of the strategic inputs of Dr. Mahamudu Bawumia. It is not surprising that notable leaders in every sphere of our national life including President Nana Akufo Addo and former President John Agyekum Kufuor continually extol his credentials and the meaningful impacts that he continues to exude for the benefit of our country men and women. Indeed, the living colossus and eminent statesman, President John Agyekum Kufuor is quoted to have said in one of his many speeches reposing his confidence in the Veep that “...the nation must count itself fortunate to have such a son as Alhaji. Dr. Mahamudu Bawumia who rightly fits the role of the needed analyst. He is an Economist, Banker and also a Responsible Politician who has a lot of experience…”.

The historical provenance of the Ghanaian politics has always been characterised by what we describe as an issue-based politics which has always been about the progress of Ghana and the welfare of its people. On the same stretch, our politics was not spared by our political opponents, who in expressing their sheer discomfort against issues-based politics, were so convinced about providing in their party constitution the election of a propaganda Secretary, a position which they struggled to abandon, but eventually did so reluctantly.

Dr. Bawumia arguably succeeded in reshaping and reintroducing into the discourse of our body-politics once again an issue-based and intellectually stimulating politicking. He has consistently ‘boxed’ our main opponents, the NDC, into the ‘intellectual corner’ much to their discomfort by getting them to stick to relevant issues that affect our economy. Till date, the NDC is still struggling to mount a purposeful challenge against Dr. Mahamudu Bawumia with respect to most of his remarks – indeed, facts and data which are his greatest weapons have generated him into becoming their ‘tormentor-in-chief’. Hate or loathe him, Ghanaians have come to appreciate his brilliance through his series of lectures dubbed by many as ‘Economics 101’, and more importantly, the dexterity with which he is able to demystify certain economic jargons to the understanding of the least educated in society.

Aside Dr. Bawumia having the competence to continue on the transformational path and legacy of President Akufo-Addo, he has proven to be a thorn in the flesh of the NDC with his intellectual approach to our national discourse and taking the ‘fight’ to their doorstep.

Most Marketable with a National Appeal

The weakest amongst the arguments being canvassed by critics of Dr. Mahamudu Bawumia is to tout him as politically inexperienced. If having been a running-mate for a major political party like ours on 4 different elections and having helped immensely to win 2 of those general elections to become a Vice President serving in a 2nd term is not a political experience enough to become a President, then it begs the question, what is political experience? It only takes a political novice to advance or agree to such a fallacious commentary. Dr. Mahamudu Bawumia has a mountainous and unmatched pedigree in terms of marketability and national appeal.

Indeed, Dr Mahamudu Bawumia has become a household name in Ghana – having traversed the length and breadth of our country canvassing for votes for the past 11years. Averagely, he has crisscrossed the country not less than twice prior to both internal Presidential primaries and the general elections.

It is important to emphasise that he has appeared on campaign posters, commercials, billboards etc alongside with President Nana Akufo Addo since 2008 – not to talk of his widespread media coverage and appearances.

Such is an enviable and unbeatable credentials that can’t be downplayed. Dr. Mahamudu Bawumia with his national appeal and charisma will make the job of ‘beating’ any NDC contender in 2024 much easier than presenting a totally new candidate who does not come with all these many added advantages.

He has a national appeal which cuts across ethnicity, religion and persons of all ages and gender. Though a Muslim, he has continually promoted and become a symbol of religious tolerance in our nation – He offers persons of the Christian faith and their clergy due recognition as he is often seen attending their programs in the same manner, he carries on with people of his Islamic faith. This has endeared him to a tremendous support from people of all religious faith.

Dr. Mahamudu Bawumia has since his emergence onto the national political space remained a true blue – through thick and thin, he has shown fidelity to the course by being there for the party and its flagbearer at every material time. It is by no means a coincidence that he has always enjoyed the support of the party and the President especially for choosing him in 4 consecutive elections to be their running mate – that is a testament of the confidence they repose in him for his dedication, loyalty and value addition to the course.

As a technocrat of international repute, he did not abandon the party to seek his personal interest when it mattered most - we saw how he worked tirelessly during the 2012 election petition and by so doing becoming its star witness during those difficult moments which redefined the elections of our country – it was through some of his efforts and sacrifice that our country was able to undertake some major electoral reforms which has bear fruit for us all as citizens today.

Our party is one that rewards hard work and sacrifice, and we won’t be forgetting too soon its dedicated servants.

There is certainly a lot to say on the attributes of Dr. Mahamudu Bawumia in regard to our electoral advantage. However, with this little background, one cannot be oblivious of the fact that he represents our best choice as the next lead-servant of our party as we prepare for the elections of 2024. He has what it takes to win a general election and to govern a nation.

For some of us, leadership such as ours is not borne-out of a supposed ‘queuing proposition’ or an ‘entitlement theory’ but must be anchored on who has a competitive edge to harness political power for us at a given time – a leader who is compassionate, magnanimous, appealing to all,  has great humility, selfless with the sense of service, able to unite the party, has tremendous love for the party and country, people-centred with an exceptional human relation, an enviable electoral track record and most importantly, a visionary to help transform and engineer prosperity to all.

We must endeavour to send a positive signal to the generality of Ghanaians that ours is a party that embraces and offers opportunities to all – a party that guarantees that irrespective of one’s creed, ethnicity, gender and faith, they can still rise to the number one spot of the party – a party that the daughter or son of a farmer from Fumbisi in the Upper East region can have the hope that they too with a dint of hard work can someday rise to the apex of its leadership.

May we be guided by the eternal spirit of S.D Dombo of blessed memory to know when to deny our own personal interest and sacrifice for the collective good of all.