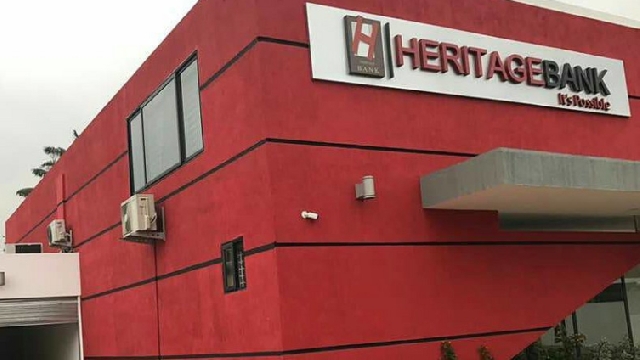 Heritage Bank was one of the nine Ghanaian banks collapsed in the clean-up exercise despite being solvent. The Bank of Ghana claimed the majority shareholder, Seidu Agongo, failed the fit-and-proper test

A few days ago, Ghana’s soft-spoken, ever-smiling and Bible-chomping Minister of Finance, Mr Ken Ofori-Atta, who is always attired in pure white clothing with angelic brightness that makes his dark skin stand out lucidly, was asked, in my opinion, a very interesting question by a journalist during an interview: “Would Jesus be happy with you on the way you’ve managed the economy?”

At first, Mr Ofori-Atta danced around the question with his usual ‘smooth-talking’: “I think it’s an issue of willingness and obedience to what Christ would like us to do: honest, good job done over the previous years; the Holy Spirit guiding us to the things we do, yes. Am I confident that He [Jesus] is leading us in the right direction? Unequivocally. I think in difficult times, His [Jesus’s] power will emanate and I’m very confident about where He will take us”.

The unrelenting host of ‘Hard Truth’ then pressed further: “So, Jesus is happy with you with the way you’ve managed the economy?”

At this point, a bemused Ofori-Atta paused for a few seconds and uttered: “You know, it’s very difficult to think that one will be holy enough to … You constantly pray that you have the courage, and the spirit to go on”.

Mr Ofori-Atta then added: “But more importantly, you know, in all of this technical stuff, there’s a clear love for country and understanding of what somebody like me, could become finance minister and, therefore, who, in Fanteakwa, could also do that. And, therefore, what should we be doing 18 hours a day to ensure we give that opportunity to people to be able to get to the levels that we are”.

Still unsatisfied with the evasive posture of the finance minister, the lady host asked for the third time: “Ken, so, would Jesus be happy with you with about how you’ve managed the economy?”

President Nana Akufo-Addo’s cousin then answered: “It’s up to Jesus to declare”, adding: “I can do the best that I can but I’m very just honoured and blessed to have this position and mine is to obey and do the best I can with His [Jesus’s] guidance”.

After the clip went viral on social media, businessman Dr Kofi Amoah, who was the majority shareholder of Global Access Savings and Loans, one of the 23 savings and loans firms collapsed by the Bank of Ghana under the watch of the finance minister, weighed in with this tweet: “Did Jesus tell you to liquidate Ghanaian-owned banks built with hard work and sacrifices while saving your own Databank to be used in siphoning commissions from the huge loans you contracted for Ghana, which have now sent us to the IMF?”

Apart of the 23 savings and loans firms, several other banks and financial institutions were collapsed by the regulatory authority, the Bank of Ghana, under Mr Ofori-Atta’s tenure as finance minister in the first term of President Akufo-Addo.

Two banks, UT Bank and Capital Bank, were first taken over by GCB Bank in a purchase and assumption agreement.

Seven others: The Sovereign Bank, The Beige Bank, Premium Bank, The Royal Bank, Heritage Bank, Construction Bank and UniBank had their licences revoked and placed under the Consolidated Bank Ghana.

As a result of the banking sector reforms, the Bank of Baroda willingly folded up and exited.

Ghana now has 23 functional universal banks in the country.

As a result, thousands lost their jobs overnight. This meant their dependents had, also, suddenly, become worse off. Some people died as a consequence of the financial clean-up exercise.

The government has repeatedly said more than GHS21 billion was spent on the exercise.

Meanwhile, the Minority in Parliament had insisted that just GHS9 billion of that money could have been used to save the banks instead of killing them.

Now, being such a stickler for the attributes of Jesus Christ, some of which are mercy and empathy, one would have thought Mr Ofori-Atta, instead of ‘crucifying’ the banks (perceived sinners) would have, as Jesus did for humankind, ‘forgiven’ and ‘saved’ them from their ‘sins’ – if they had committed any – especially if it was going to cost less in doing so than shovelling them into the furnace of hell fire.

Jesus Christ did not condemn sinners. He rather loved them. He dined with Zacchaeus – a corrupt taxman; saved a prostitute from being stoned to death by those who had condemned her; allowed that same prostitute to anoint his feet with expensive oil and clean them with her hair; and even re-attached the severed ear of one of the soldiers who had been led into the Garden of Gethsemane by one of Jesus’s own disciples (Judas Iscariot) after Simon Peter, another of the 12 disciples, cut it off in defence of his master.

Ultimately, Jesus offered himself as a sacrificial lamb to save all humankind from the anger of God. That grace of His is indiscriminate and prevails even today. So, why couldn’t Mr Ofori-Atta, who appears to drink and eat Bible verses, walk in Jesus’s footpath? Or is his angelic and Bible-quoting nature a charade and big cover-up of a deeply hidden innate darkness?