Bosuso: An abandoned hub for sugarcane and local rice farming 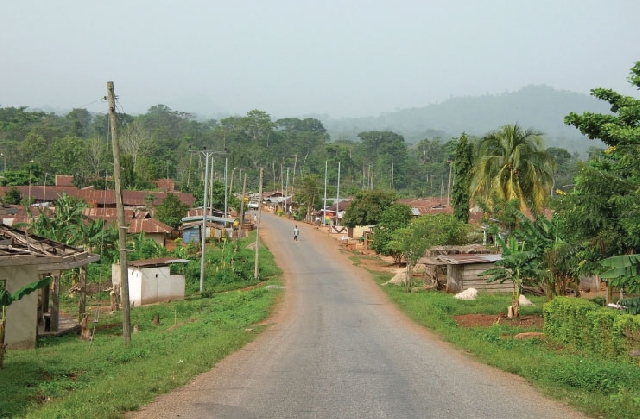 Bosuso, which mean 'Bosu ne so' in the Akan language, is a town between Osiem and Begoro in the Fanteakwa South District of the Eastern Region of Ghana.

The town has a population of about 15,000 people with 80 per cent of the residents being farmers.

Ten years ago, the residents never knew their land was fertile for growing local rice until a physically challenged man from Bunsu in the Abuakwa South Municipality invested in local rice farming at Bosuso on the Osiem-Begoro road.

The lack of rice production logistics discouraged the man from further engaging in rice farming after his first harvest.

Although the youth of the area would like to engage in farming, the lack of logistics and other materials have made it impossible.

Besides farming, the youth are forced to engage in learning artisanal skills, as there are no jobs in the community.

As a hub for rice production, the government can harvest a total of 100 tonnes of rice if factories are put up in the community, as there is vast land available for that.

Perhaps, the government is unaware of the fertile land for rice farming at Bususo, as it has been excluded from the Planting for Food and Jobs initiative.

I call on the government to extend the Planting for Food and Jobs programme to Busoso because there is vast land on the Bususo Osiem road, Begoro-Agyeikrom road and Osino-Hemang Dwenase road for that purpose.

Sugarcane farming has reduced in the area due to a lack of farm equipment.

As the government has established the Komenda Sugar Factory, I want to remind Dr Owusu Afriyie Akoto, the Agriculture Minister, that there's a town in the Eastern Region which I can boast of to be the leading sugarcane producer in the area because it is a waterlogged community that is very fertile for sugarcane and local rice production.

I am urging the Agriculture Minister to turn his eyes on Bosuso in the Eastern Region because the vast mangrove, which is suitable for sugarcane farming, is wasting away.

The establishment of a sugar factory in Bosuso will encourage farmers to grow more sugarcane as well as reduce unemployment.

If the government invests in sugarcane farming in the area, it will surely put a ban on the importation of sugar in the near future.

The remaining 20 per cent of the residents are into trading and artisanal works.