COVID - 19: A blessing or curse to Ghanaians? 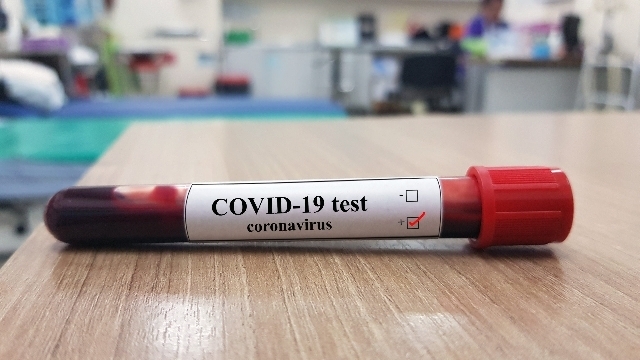 Is Coranvirus a curse or blessing to Ghanaians

Do you know the origin of the Corona Virus (COVID -19) that has become a global pandemic and is bringing down big economies like China, Italy, United States of America, Germany and the rest?

Scientists say viruses are not naturally occurring and are man-made. However, new research states that according to scientists COVID -19 is not man-made. It is known that viruses do not have cells of their own and therefore need the cell of a living host to survive. Many have suggested that most of these viruses humanity experienced like the Influenza virus, Ebola virus, Human Immunodeficiency virus and so on were intentionally designed as a weapon to annihilate competitors and enemies.

I cannot speak to the veracity or otherwise of such conspiracy theories. Well what is concrete is Ghana has recorded its 24th positive case of COVID-19. So what is most important? Is it how this affects us, as Ghanaians and/or what roles we play in fighting against this virus bearing in mind our low-middle income economic status? Is Ghana not a country where a vast majority still live under the poverty line, have lower access to potable drinking water, poor access to quality foods, housing and healthcare?

Indeed, President Akuffo-Addo announced a USD100 million fund to fight COVID-19 which generated some controversy as to the quantum, the source of the money and how it will be disbursed. Where is the money actually going to? Has the President considered the economic impact of this pandemic? When countries we emulate like the United States, Canada and Italy are applying socialist interventions to bailout and put money in the hands of the poor and workers who will be negatively affected by this crisis. Desperate times require desperate measures even if it does not align with your ideology. Ghana however, is yet to announce any such concrete intervention.

As a matter of fact,I thought the USD100 million was to build an ultramodern research facility that could serve the West African sub-region to mitigate our health needs. Have we not become like the rat in Skinner’s box lacking the ability to conceptualise solutions to present and future problems? We are quick to pump monies into everything that appears as an emergency and end up not using the funds for its intended purpose. Do we always need crises like these to wake us up?

In any case, I was unhappy with the manner in which the first two (2) cases recorded were handled. I wondered why the names of the victims were not mentioned until I did some enquiries and found out that the Norwegian ambassador Gunnar Andreas Holm was one of the victims and had on arrival to Ghana interacted with people from the Norwegian embassy, German Swiss School, officials from UNDP and Head potters popularly known as Kayaye. Immediately the German Swiss school suspended school for 2 weeks which was very laudable.

Meanwhile our government was hiding the identities of the two. Was it because they were bereft of ideas or felt some anxiety. Notable people like Justin Trudeau (Canada), Idris Elba (United Kingdom), Peter Dutton (Australia), Jeremy Issacharoff (Isreal), Nadine Dorries (United Kingdom) and other influential people tested positive for the virus and took to public and announced which made people more aware, careful and trusting of their public officials.

Nevertheless, many have said that this pandemic is a blessing in disguise. Notice no Ghanaian is travelling abroad either for some treatment or hide there until the crises is over. Can they trust our health system? Are most of them not returning? Has it not exposed major problems in our public health system including the lack of logistics to carry out health activities and our triage system in terms of public health crises? Will the USD 100 million be used to procure the needed equipment? Can healthcare workers have some confidence to provide healthcare to patients who suffer from the infection?

A section of the health workforce who are mostly the first and always the last to be in contact with patients are nurses. The Ghana Registered Nurses and Midwives Association issued a press release stating and encouraging its members among other things to stay off any isolation ward if protective equipment were not provided. Is this not a good opportunity for nurses to demand better conditions of service including health and life insurance? The government through the Ghana Health service says they are providing logistics, training and protective equipment throughout the country. Just after the first 2 cases of COVID -19 case announced and before the announcements of logistical resources were made, St. Joseph’s Health Centre at Kalba, a community - bordered to the west by Burkina Faso and Ivory Coast in the Savannah Region of Ghana had constituted a committee and trained its staff to the best of their knowledge on the pandemic.

This is very laudable and I believe they set the pace for other health facilities at border towns to follow. But with the markets in these areas always flooded by our fellow brothers from these countries the possibility to import infection is very high. Should the borders be closed? In the unlikely event there is an outbreak, how can they cope and deal with them. It is common knowledge that in our public healthcare system, resources targeted at vulnerable people do not get to them on time and when they do, about half would have disappeared through corruption and mismanagement. I’m quite worried that this trend might continue even with the USD100 million announced by his Excellency the president.

Government directives must be followed through and our health leaders must show compassion, integrity and ethics at all times because health financing is a big problem. Therefore, the little we get should be applied efficiently for maximum outcomes and sustained impact.

However, government must endeavour to pay the arrears owed the Health Insurance Scheme for services provided with some dating back to 2016. To my amazement, I saw one facility’s balance sheet and I was very sad. These Health facilities have been running on fumes for the past 4 to 5 years and it does not auger well for a country which wants to meet the Sustainable Development Goal 3. These health facilities especially those at the border areas in the North of Ghana have not received any logistics in terms of training, Personal Protective Equipment (PPEs), Hand sanitisers, soaps and other materials as promised.

Besides, part of the measures and protocols outlined by the WHO is to wash hands with soap under running water, clean with tissue and use alcohol-based hand sanitisers. Ghana will benefit immensely because there will be an exponential increase in handwashing which improves the personal hygiene of people impacting positively on our health. It is a sure way to reduce and prevent thespread of the infectious agent (Corona virus). But for many Ghanaians, this is a big challenge.

Many do not have access to potable water for their daily activities. Some travel distances to fetch water from dugouts shared with other animals. This defeats the WHO protocol on handwashing for infection prevention. This is an opportunity for government to build sustainable water systems for these poor and vulnerable people in turn preventing waterborne diseases and reducing the number of hospital visits putting strain on our health system.

On the contrary, after recording 24positive cases of COVID -19, experts say the number might rise in the coming weeks. It is alleged that the test kits are being sold. This is very sad and a big blow to the efforts of his Excellency the President and the entire nation. Why are testing kits for sale? If this is not supposed to be, I call on the Minister of Health to investigate and sanction those persons involved. We need to be ethical, compassionate and manifest integrity in this time of crises. And so, marking World Water day on 22nd March, access to water should be a priority for government and many non-governmental organisations and encourage us to practice water conservation like taking at most a 5-minute shower or less (if using a full bucket reduce it), choose a plant-based meal, turn off sleeping tech, don’t throw away edible food, shop sustainably and plant trees. This will complement our efforts to get rid of COVID-19.

Additionally, I am in bewilderment as to why the prices of alcohol-based hand sanitisers skyrocketed? A friend at the Environmental Protection Agency (EPA) told me how sad and angry she was when a sanitiser of GHS4 was now priced at GHS25. This is absurd. I took to the market to find out and got the shock of my life. My fellow Ghanaians, why? This is not our way of life. It is unpatriotic to capitalise on a crisis such as this to make money. This is not morally right. Where did we learn this from?

We must understand that it is the same people who cannot afford 3-square meals a day, hustling in the markets and in our communities who have limited access and can end up picking the virus and pass it on to us. I am in awe as to why government appears mute on this particular matter. Does government not know that it has to protect the poor? Do they not know that what these traders are doing will derail our collective efforts? How do you practice equity at this point? Government must be proactive and show leadership by giving incentives to Ghanaian pharmaceutical companies to produce enough to beat the cutthroat market price.

Finally, I have watched, heard and been amused by some religious folks in Ghana and Africa who have created a religious spin around this pandemic. It is with regret that many well cultured and educated Ghanaians subscribe to this notion of healing Corona virus with oils, water and prayers purported to be sacred and holy. What has these elements done to get rid of malaria, cholera, diabetes and HIV just to mention a few? Authorities sit aloof and watch how the people they swore to protect are defrauded and manipulated by these charlatans in cassock, suit and tie. Are they not supposed to investigate them? Will these not make their followers who are also our neighbours refuse to adhere to the hygiene protocols since they claim their oils, prayers and their “god” provides them immunity? We have a big time bomb waiting to explode in our faces.

Is COVID-19 a blessing or curse after all? Well your answer is as good as mine.

My advice to health workers is to support the efforts and the leadership been exhibited by all Ghanaians especially government in as much as they can do more and observe the WHO protocol on handwashing, protect yourself first by wearing protective clothing, calm down and work as a team.

The writer is a Mental Health Nurse with the Ghana Health Service and Regional Coordinator – Africa, HRDS India.