COVID-19 vaccines: Dispelling misconceptions and the way forward for Ghana 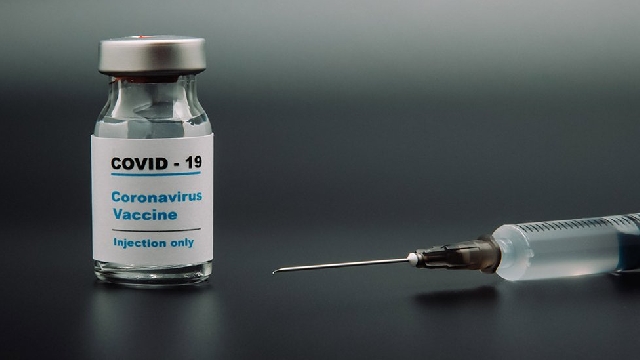 Coronavirus disease 2019 (COVID-19) is a contagious disease that is caused by the severe acute respiratory syndrome coronavirus 2 (SARS-CoV-2) and was first reported in Wuhan, China in the fourth quarter of 2019​. Since then, the disease has spread across the world resulting in the ongoing pandemic. COVID-19 was originally perceived as a respiratory disease but is now considered a multi-organ disease capable of triggering a hyperactive host immune response. ​

As of the time of writing, 114.5 million people across the world had been infected by the virus resulting in approximately 2.5 million deaths. There is also data to suggest that the long-term public health impact even for those who survive the infection is significant with potential damage to many organs of the human body.

Since the first cases were confirmed in Ghana, the socioeconomic, medical and recreational impacts have been marked. As with the global situation, employers have had to reorient their workplaces and retool to allow remote working using more online customer experience and interfaces. This has been in spite of decreased revenue flows. The introduction of holding protocols like mask-wearing, hand washing, the avoidance of crowds and social distancing have helped to slow down the rate of viral transmission. However, due to behavioural fatigue arising in part from the extended duration of these containment practices as the pandemic continues to rage, attitudes begin to change leading to a drop in compliance with COVID-19 safety protocols and ultimately resulting in relapse leading to an uptick in new cases.

More importantly, these holding protocols are not the ideal option in constraining the virus to its possible elimination. This is because they are reliant on a vibrant testing, tracing and patient isolation policy that is cost and labour intensive. The World Health Organisation recommends that for a country to have control over the pandemic, the number of positive test samples out of any 100 tests should not exceed 5%. Meaning, as long as the percentage is above this threshold, daily test numbers will have to be increased. Unfortunately, this has been difficult to comply with locally leading to a failure to control community spread. A situation that makes any possibility of returning to a semblance of normalcy impossible.

There are also constraints due to the nature of the virus. One of which is the average latent/incubation period (time between the initial infection of a person and the possibility of detection of the virus), this varies between 2 and 5 days (with a range of 2-14 days typically). Hence, a person could though be infected, test negative in one country travel to another and test negative at the port of entry, only to infect people after arrival at their destination. Lastly, there is the difficulty of policing and enforcing these public health laws as often their breach is widespread. Additionally, in the case of COVID-19, a large proportion of infected individual exhibit mild or no symptoms and therefore could unwittingly spread the infection.

These constraints were predicted at the start of the pandemic resulting in a determination to find permanent and other more effective solutions that would limit the potential of viral transmission, reduce morbidity, decrease hospitalisation and minimise the associated death rate. These solutions are underpinned by the need to attain herd immunity – “a form of indirect protection from infectious disease that can occur with some diseases when a sufficient percentage of a population has become immune to an infection, whether through vaccination or previous infections, thereby reducing the likelihood of infection for individuals who lack immunity.”

The wild or natural exposure route to achieving herd immunity was discounted early into the pandemic due to the high mortality, morbidity and the risk of health systems being overrun. Recent data also suggest that the length of conferred immunity due to wild exposure may range between 3 and 8 months (average 5 months). Making it less likely that this option could be the solution the world is looking for, leaving the only viable option as through induced immunity. This quest to achieve acquired herd immunity has been the focus of scientists since the genome of the SARS-COV-2 virus was sequenced and released in January 2020 by the Chinese.

Following the publication of the SARS-CoV-2 viral genomic sequence in January of 2020, there has been a race to develop vaccines at unprecedented rates much to the general public’s suspicion. This is because traditional vaccine development is a lengthy and expensive process with a high attrition rate and often involving multiple potential candidates. To mitigate against these developmental challenges, vaccine development in non-outbreak periods is a linear sequence of steps from preclinical development, through Phases I, II and finally III before applying for regulatory approval. However, in this pandemic, the public has witnessed the vaccine development industry successfully accelerate this process culminating in 89 potential candidates being identified, 228 vaccine trials carried out with 12 vaccines approved/authorised by regulatory authorities in at least one country as at the time of writing. This degree of success has led to increased public scrutiny of the COVID-19 vaccine development process with trust in the developmental process diminished by spurious conspiracy theories mainly driven by individuals or groups against vaccination.

The fact however is that, with the world experiencing more pandemics and as a result of outbreaks in the last decade or so such as H1N1 influenza, Ebola, Zika, and now SARS-CoV-2 there has been an era of enhanced basic understanding of the science that underpins vaccine development incidental to a period of extraordinary technological advancement. This has meant that the vaccine development industry has been able to draw upon years-long experiences to optimize and accelerate key developmental stages such as the duration between preclinical development and go or no-go decision-making to advance potential candidate vaccines to clinic in as little as 10-16 weeks following the release of SARS-CoV-2 viral genomic sequence. Importantly, in the ongoing pandemic, the vaccine development industry has had to respond quickly without sacrificing safety and efficacy benchmarks. To do this, the traditional linear approach to vaccine development had to be restructured to better respond to the need for speed through at-financial-risk vaccine development. This approach calls for undertaking many of the developmental steps in parallel instead of in series to save time but increases the financial cost of the overall process as a result. To support this unprecedented developmental pace, increased financial injection into the development of vaccines was necessary to mitigate against the at-financial-risk approach and was provided by many governments and large research funding bodies. Improving the speed further is the parallel collaboration between vaccine developers and medicines regulatory agencies who are supplied with trial data on a rolling basis during the developmental phases ensuring that regulatory review and authorisation can be expeditiously provided for the next phase to be commenced by the time the preceding stage is completed if no safety and or efficacy concerns are identified. These were not always typical with the linear approach to vaccine development.

These development approaches do not reduce the extent and quality of regulatory scrutiny in any way neither do they compromise safety or efficacy of would-be vaccines. Their effect is to shorten the time of vaccine development to minimise the disruption due to the pandemic. Using 11 of the 12 vaccines with EUA globally, 269.4 million individuals have been vaccinated, majority in Europe, North America, and Asia. So far reported side effects have been as expected with very few documented severe untoward effects.

Currently, only 4.6 million of the total vaccine doses have been administered in six African countries (Morocco, Algeria, South Africa, Zimbabwe, Egypt and Senegal). However, Morocco with 4.49 million first doses accounts for 98% of all vaccines administered on the continent. Though Ghana and Ivory Coast have recently received vaccine supplies and have commenced vaccination. The main driver of this trend has been the centralisation of available vaccine stocks in the countries which were involved in the research and development of these biological products or to those governments that paid for early access to vaccine doses. This phenomenon is term vaccine nationalism.

Vaccine nationalism is not a new occurrence and puts national leaders in a dilemma of whether to prioritise their citizens or focus globally on obtaining a solution to the crisis. The major drawback to this practice in a pandemic such as the current one is that it leaves global public health security vulnerable due to the uncoordinated fight against the virus. Importantly, controlling the virus in one part or pockets of the world to the exclusion or desertion of others only allows the virus to continue mutating and risks the potential establishment of a more transmissible and dangerous viral strain. Another occurrence of concern that could dampen willingness for the vaccination is vaccine hesitancy which is defined as a reluctance to accept or a refusal of vaccines despite vaccine availability. Reasons for this include historical antecedence, anti-vaccination attitudes, local reality, and ongoing knowledge gap. ​

Together, vaccine nationalism and hesitancy minimise the chances of attaining herd immunity which is a situation in which a large proportion of an at-risk population has developed immunity to the extent that the virus does not have sufficient viable hosts to spread and be able to meaningfully pose a significant health risk to the population. Other contributory factors to herd immunity attainment include merging strains of concern, sequencing or surveillance shortfalls, population profile, supply chain constraints, etc. ​

As a nation, Ghana would have to proactively address some of these threats to defeating the virus as part of a concerted global effort to bring the virus under control. Some of these efforts could include enhancing public information and understanding of drug or vaccine development and clinical research processes as they relate to the fight against COVID-19. ​ Additionally, instituting a coordinated, science-driven and fully transparent rollout of a national vaccine program would be a key determinant of vaccine acceptance. Furthermore, infection prevention control measures such as face mask wearing, social distancing, etc. must be maintained throughout the COVID-19 vaccination phase until the virus is under complete control.​ Furthermore, active post-vaccination surveillance measures must be enacted at the start of vaccinations to assure public confidence in the COVID-19 vaccines.​ Finally, in the immediate post-COVID-19 era, holding a national biomedical dialogue to lay out a coordinated national plan of biomedical advancement would be essential. ​