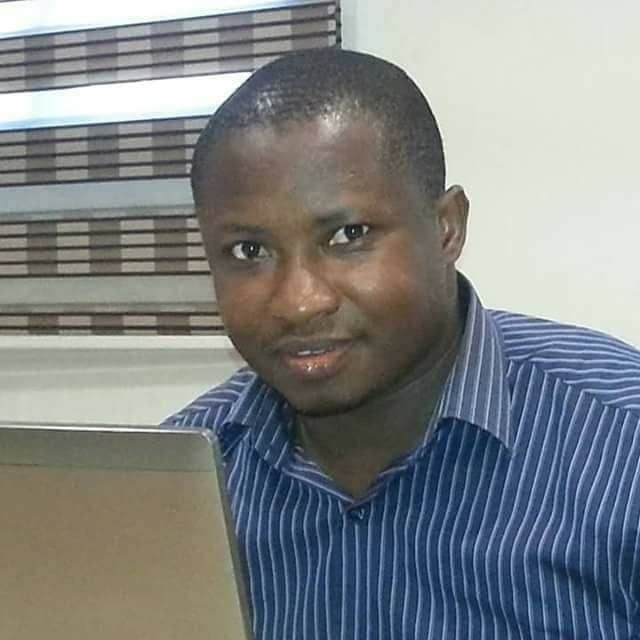 In 1992, Ghana re-subscribed to multi-party democracy. She promulgated her Fourth Republican Constitution in January 1993 with an expectation of building a prosperous society for all and not just a few.

However, few months to her 8th presidential and parliamentary elections in December 2020, the hope with excitement that characterised the birth of Ghana's democracy about 28 years ago has dwindled drastically and many Ghanaians seem confused about the future of the country.

The highly praised African democracy has not produced the human and material development the people expected from their democracy.

In 2000, John Kufuor led NPP won the third general elections after Jerry John Rawlings led NDC did two terms. But, John Kufuor's Positive Change Parts 1 and 2 were not positive enough to transform the lives of Ghanaians and their communities.

By 2008, the people were fed up with the NPP which, by then, was suffocating in corruption scandals whilst drivers, market women, civil servants and the generality of the people complained of extreme hardships. The administration even had to sell Ghana Telcom following bizzare negotiations to take care of recurrent expenditures at the time.

The situation was bad enough for the people of Ghana to consider John Atta Mills' “Better Ghana” Agenda and re-vote NDC to power. Mills' ill health and death did not permit him to finish his term. John Mahama, his Vice-President took over to complete his term and asked for the opportunity to lead the country in 2012 which, Ghanaians gave him and his party.

By 2016, nothing much had changed apart from massive infrastructural growth in major cities and other urban areas predominantly. Many businesses had collapsed owing to the long stretch of energy problem the nation endured under Mr Mahama's supervision. By the time the massive investments the administration made in the energy sector could yield returns, Ghanaians were at the polls thus Nana Akufo-Addo and the NPP coveted the glory of solving "dumsor" without investing much.

It was evident in the media and public spheres that many a citizen had lost hope in the Ghanaian democracy and establishment by 2016. One could say that the people saw Nana Akufo-Addo as their last hope. His Change for Hope message persuasively delivered thus got the attention of the people, especially, middle class intellectuals who were kissing apathy. Many of them joined the NPP's campaigns to take power from Mahama's administration which, they labelled corrupt, incompetent and mediocre.

They went to as far as rubbishing the relatively substantial infrastructural projects Mahama undertook  at the time and gave citizens reasons not to commend government for building roads, bridges, schools, hospitals, toilets, dams, etc. Nana Akufo-Addo promised to protect the public purse and condemned Mahama's corrupt "family and friends" government that engaged in what a Supreme Court judge phrased "Create, Loot and Share".

Had Mr Akufo-Addo not won the 2016 presidential election, many Ghanaians, today, may be lamenting how they rejected the opportunity to have the greatest president they could ever dream of. Some citizens who campaigned for the NPP have genuinely regretted. Many are openly telling how the super sweet talking parrot of a candidate who promised to bring them hope has disappointed them badly.

Apart from the boldly commenced Free Senior High School (FSHS) programme amidst obvious challenges; their Planting for Food and jobs programme;  few "meaningless dams"; and, few factories that give no tangible meaning to the "One District One Factory" promise of the NPP, the President has absolutely nothing to show.

Instead of a lean but effective and efficient government, he has appointed the largest number of Ministers in the history of the country, and worse than his predecessor's "family and friends" government, his administration is full of his relatives and friends to the chagrin to some of his own party members.

Going by the rains of corruption scandals his administration has suffered from 2017 to 2020 and how poorly they have been addressed, it is not unfair to say that Nana Akufo-Addo has failed and disappointed Ghanaians.

Is it not surprising that the man who vehemently spoke against corruption in 2016 beating his chest and pledging to fight it better than any leader did is now conspicuously silent on the subject?

He is unable to tell how he has fought corruption successfully. He has no success to show to citizens and the world beyond the creation of a white elephant of a Special Prosecutor (SP)'s Office. Using Nana Akufo-Addo's own words, the SP could be described as "a professional Jeremiah"; an epistle writing lamenter than a prosecutor.

His administration is as corrupt as, if not more, than his predecessor's.

At least, citizens observed how John Mahama dealt swiftly and decisively with the Bus Branding scandal. Transport Minister Dzifa Ativor resigned and immediately investigations were done to retrieve monies involved. Ms Victoria Hamah who had not even stolen or misappropriated public funds  but expressed her aspirations to somebody, lost her job. Abuga Pele and others were being prosecuted by their administration before they lost power.

However unsatisfactory these efforts were, Nana Akufo-Addo has made them tangible efforts by performing far below that mediocre standard. Incorruptible Nana Akufo-Addo even sees nothing wrong with a presidential staffer and a member of his anti-galamsey committee collecting tips in bundles to facilitate mining operations.

His administration has borrowed far more than the cumulative borrowing done by his predecessors since Ghana obtained independence, yet citizens are not seeing much beyond his free SHS flagstaff programme.

Ghana's cities and towns are not better than filth growing squalors, yet his Minister of Sanitation says Government has done 85% of work to make Accra, the Capital the cleanest city in Africa.

He has lost the fight against illegal mining (galamsey) after imprisoning Ghanaian offenders while Chinese and other foreign nationals walk away free. Worse, his administration seized excavators from galamsey operators and shared among themselves to exclusively engage in the environment destroying operations he claimed he was fighting.

After spending so much in his banking industry sanitizing exercise, so many customers of collapsed banks are still unattended to   while government communicators stir their injuries with lies that 98% of them has been paid their deposits.

Ghanaians are more confused now than they have ever been in this Fourth Republic. Many do not know whether to go back for John Mahama or let Nana Akufo-Addo do another four years in such hopelessness. The small parties in the country too are not better than proxies of the two major parties.

In the face of this prevailing sordid reality, it cannot escape any enlightened mind that what Ghana needs most now is system change; constitutional and institutional reforms. The system is flawed and until that is addressed anybody or party that comes to power cannot do better than what the NDC and NPP have done for 28 years.

The system is not fit for purpose. It cannot fight corruption. It continues to render security services, civil servants vulnerable to partisan manipulation. It fails to promote meritocracy in civil and public service appointments. It permits lawlessness and impunity. It does not support functional decentralization and inclusiveness.

Ghanaian politicians know all this. But, because they are the main beneficiaries of the systemic inadequacies and flaws, they are not the least committed to embarking on the necessary reforms to make the Fourth Republican democracy functional.

Sadly, the media and other civil society organisations and citizens in general do not seem to appreciate these issues well enough to enable them push for the much needed reforms. If they did, Ghana's elections 2020 conversations would be about the constitutional and institutional reforms Ghana needs.

Ghana needs a change beyond change of political parties and personalities. It is time she upgraded the software on which her government is running.

But, her citizens are rather arguing about who built more toilets and unbreakable floating bridges and who started FSHS while peripheral minded popular sex workers of celebrities lead the incumbent's 2020 propaganda in mudslinging campaigns.

What is the agenda of religious and traditional leaders, media and other civil society organisations and the masses for the 2020 campaigns?

The agenda of the political parties and politicians are prevailing against what must drive constructive electoral discourses after 28 years of practising nothing beyond regular rituals of elections between which, beneficiaries prepare for the next.